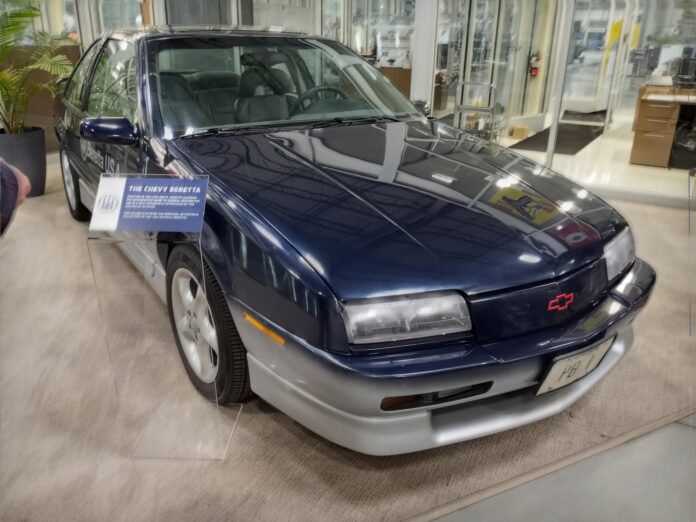 Today I had the opportunity to attend the bill signing for the constitutional carry legislation with Tennessee Governor Bill Lee.
After the bill signing Doug Linder, Beretta USA VP of Operations and R&D provided a tour to about ten legislators of the Gallatin campus.

Near the end of the tour I noticed a Chevrolet Beretta car on display. Doug explained the car was there to tell the story of the lawsuit with GM over the Beretta name which was used for a GM automobile, the Beretta.

I was curious about how many Berettas were still on our roads today. I haven’t seen one in a long time. My quick search nationwide on Cargurus and found only three Beretta cars for sale. The only one with an image was a 1996 Beretta Z26 with only 42,488 and the seller was asking $2900. 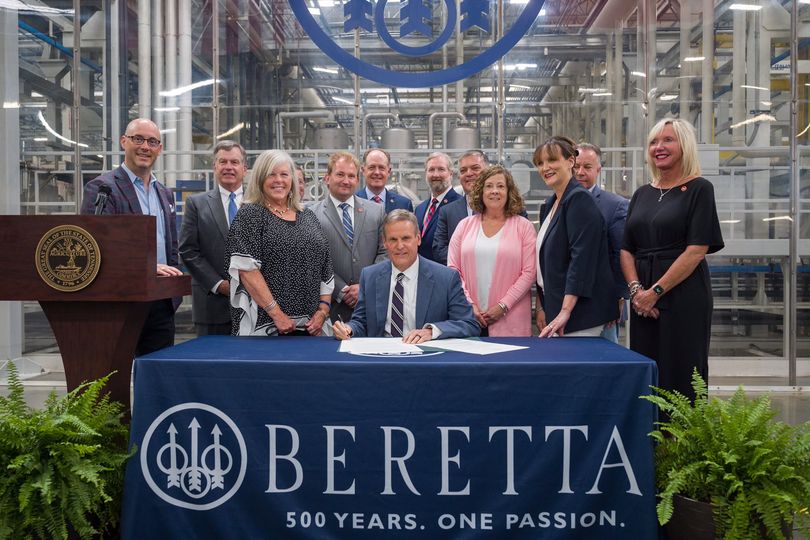 According to the Los Angele’s Times article February 23, 1989

General Motors Corp. agreed to contribute $500,000 to cancer research as part of a settlement announced in a trademark infringement case brought by an Italian gun maker against GM’s Beretta model. The auto maker also had to pay unspecified legal and administrative fees associated with the lawsuit filed by Fabrica D’Armi Pietro Beretta SpA, Beretta said in a statement.

The 500-year-old Italian company, which has registered trademarks in this country for the Beretta name starting in 1954, sued GM in federal court in New York July 1988 which sought $250 million in damages. 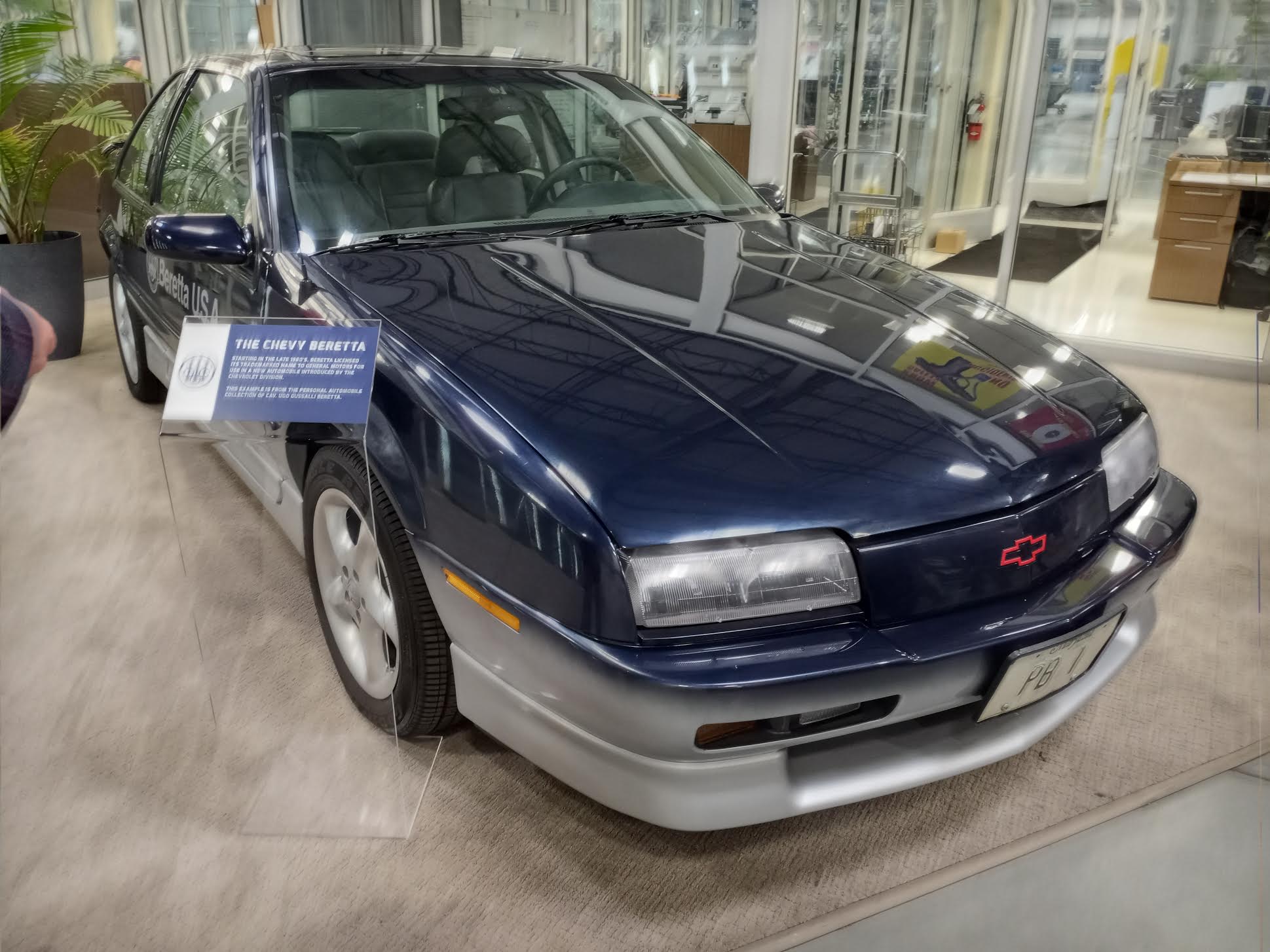 The settlement called for GM to donate $500,000 to the Beretta Foundation for Cancer Research, Beretta spokesman Ralph Cole said in a statement.

Under the agreement, GM was permitted to continue to use the Beretta name for its car line. The auto maker also must acknowledge in its sale catalogues and Beretta owner’s manuals that the name is being used with the permission of the Italian company, the Beretta statement said.

“We believe that this settlement provides an adequate, conciliatory resolution to both parties of the litigation,” Beretta President Pier Giuseppe Beretta said in the statement.

The gun maker went after GM when the auto maker unveiled the Chevrolet Beretta in 1987, despite warning letters from Beretta lawyers the previous year. 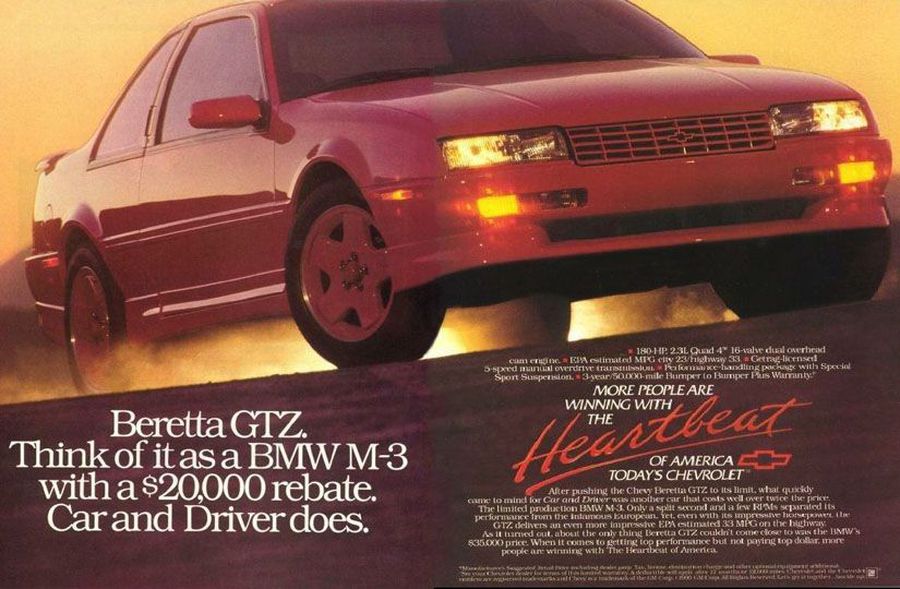 The conflict between the two companies was parodied last month by Car & Driver magazine, which did a “road test” comparing the GM sports car with the handgun whose name it shares.