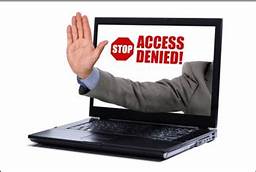 SALT LAKE CITY — According to Fox 13 Now, Governor Spencer Cox has vetoed a bill that would have required social media companies to more clearly state their moderation terms and explain why posts are removed for violating them.

At the same time he signed an equally controversial bill that requires every phone, tablet and computer sold in Utah to eventually come with pre-installed porn-filtering software.

The first veto of his administration went to Senate Bill 228, sponsored by Sen. Mike McKell, R-Spanish Fork, who also happens to be the governor’s brother-in-law.

“Whatever course of action we take to protect online speech should seek to fully uphold the values enshrined in the First Amendment,” Gov. Cox said in a letter to House and Senate leadership explaining his veto.

The bill was controversial from the start and presented legal challenges. Sen. McKell argued that it would have required social media companies to be more transparent in their moderation policies. Critics argued that it was a clear violation of the First Amendment.

Lawmakers deliberated whether social media is private property or a public square, before ultimately deciding to pass the bill and send it to Gov. Cox’s desk. Tuesday’s veto is considered “friendly” as it was pre-negotiated with the sponsor and House and Senate Republican leaders.
To read full article visit:
https://www.fox13now.com/news/local-news/utahs-governor-vetoes-social-media-moderation-bill-signs-porn-filter-bill

Here Are 31 Times the Media Justified or Explained Away Rioting...