The FCC is working to, as Chairman Pai says, “stop the scourge of illegal robocalls.” He has made combatting unlawful robocalls and malicious caller ID spoofing his top consumer protection priority. By proposing and implementing effective policy initiatives and pursuing targeted enforcement actions, the FCC has been taking a bold stand to protect and empower consumers.

The Federal Communications Commission on Thursday voted to make it easier for telecom companies to block suspected scam calls on their customers’ behalf.

Unwanted calls are far and away the biggest consumer complaint to the FCC with over 200,000 complaints each year—around 60 percent of all the complaints we receive. Some private analyses estimate that U.S. consumers received approximately 2.4 billion robocalls per month in 2016. Unfortunately, advancements in technology make it cheap and easy to make robocalls and to “spoof” caller ID information to hide a caller’s true identity.

Chairman Pai and other FCC staff get these calls too. He told Opens a New Window. NPR’s Planet Money recently: “So every now and then, even on my work Blackberry, I’ll see a call that seems to be coming . . . from the 202 area code, which is here in Washington—and then our prefix for these Blackberries. And I know for a fact that, you know, it’s probably not someone calling from the office. Sometimes, I answer just for the heck of it. And it’s—lo and behold, I’ve won a vacation… .”

We know that these calls are a major concern of millions of Americans, and scam calls in particular can result in very real financial losses and serious consumer frustration. We are therefore committed to using every resource in our tool box and working closely with private, public, and international partners to combat unlawful robocalls and spoofing. The FCC explained these efforts in its first ever report on illegal robocalls.

Companies like AT&T and Verizon can now, under the newly approved rules, automatically enroll their customers in their call-blocking services. Currently, customers have to sign up for the tools.

The FCC said this action empowers providers to protect their customers from unwanted robocalls before those calls even reach the customers’ phones.

The FCC said the move would lead to consumers receiving fewer unwanted calls.

Wireless companies have until the end of the year adopt robocall blocking technology.

Just because the FCC has passed this does not mean the calls will stop, however. The industry’s solution – authentication technology called STIR/SHAKEN that verifies that calls come from real caller ID instead of spoofed or faked caller ID – isn’t set to go into widespread effect until 2020, though companies are testing it and using it now. Until then, phone companies will have to use other means of identifying unwanted calls. 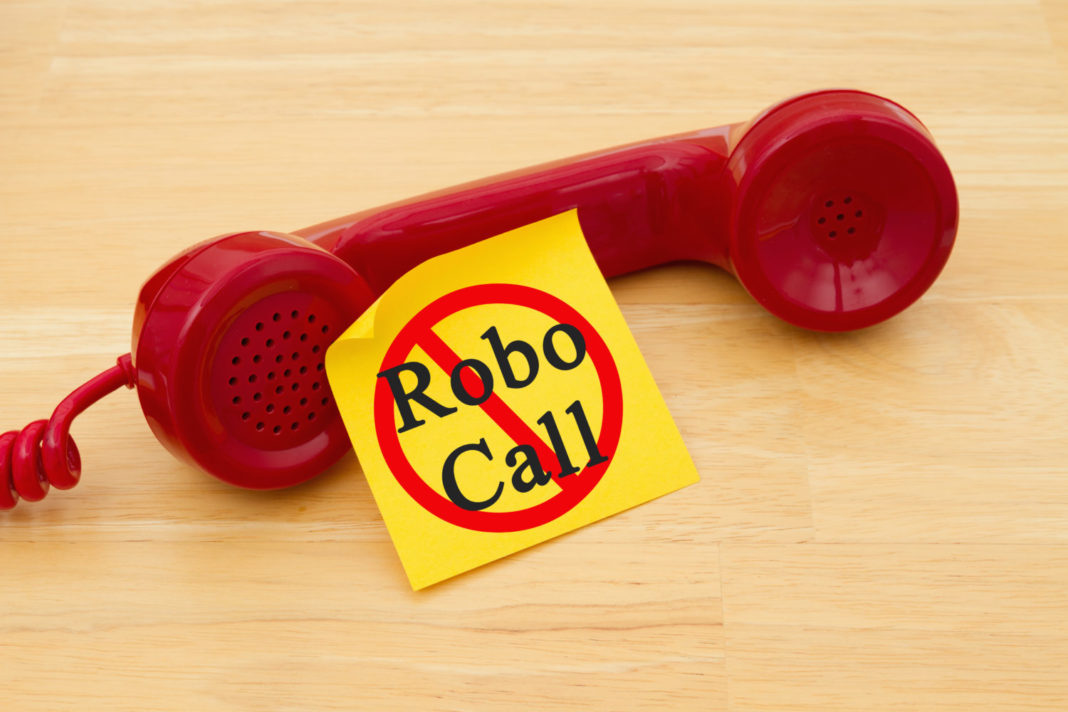 No word yet on whether there will be an extra charge on your bill. Here in Tennessee an initiative sponsored by State Representative David Byrd and many other Tennessee lawmakers designed to crack down on robocalls in Tennessee has passed in the House of Representatives.

House Bill 1245 raises the penalty of misleading a phone subscriber from $10,000 to $30,000 per violation against a person or entity that makes an unwanted robocall. The bill also encourages carriers offering telephone services in the state to implement SHAKEN/STIR technology to help detect robocalls. Finally, it urges the Attorney General to call on the Federal Communications Commission to create new rules that will allow carriers to block more of these illegal, annoying robocalls.

“Robocalls have become an increasing problem in Tennessee because technology has evolved and the practice has become more sophisticated,” said Rep. Byrd R-Waynesboro.

“Robocalls have become an increasing problem in Tennessee because technology has evolved and the practice has become more sophisticated,” said Representative Byrd. “House Bill 1245 cracks down on these nuisance calls by holding those who place them accountable. I am pleased this initiative has passed in the House, and I encourage our citizens to stay alert when they answer their phones.”

“I want to thank Coach David Byrd for his efforts on the important piece of legislation. I get more complaints from constituents on these annyoing robocalls. It has gotten so bad that I argued in committee that this has become a public safety issue. Many times people do not want to answer phones calls and one of those calls could be extremely important, ” said, Rep. Mike Sparks.

“It has gotten so bad that it has become a public safety issue,” said, Rep. Mike Sparks, R-Smyrna.

The National Do Not Call Registry gives you a choice about whether to receive telemarketing calls:

Forget New Year’s Resolutions and Conduct a ‘Past Year Review’ Instead: Tim Ferriss