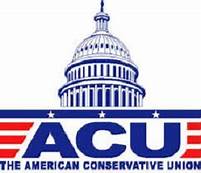 The Tennessee General Assembly is yet again one of the top ten most conservative legislatures in the country, according to scores released by the American Conservative Union Foundation.

The American Conservative Union Foundation conducts an annual, in-depth analysis to rate all 8,000 lawmakers in America, revealing their positions on a wide variety of issues directly affecting our communities and families.

A proposal was advanced to enshrine the Right to Work in the Tennessee state constitution.

Check out the press release below with more details and please take action! 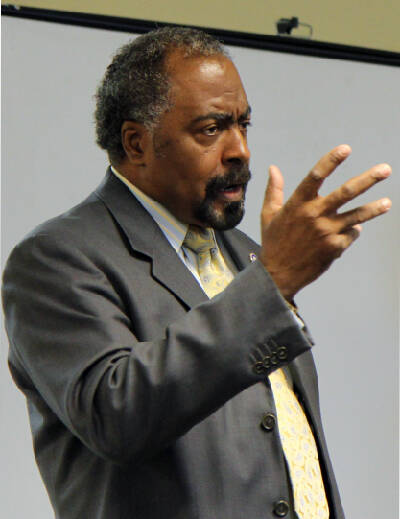 See article regarding ‘Intolerance of the Democrat party.”
https://www.conservativedailynews.com/2020/08/sparks-deberrys-ouster-proves-democrats-lead-party-of-intolerance/amp/

It only takes three minutes to let your legislators know that their score from the American Conservative Union Foundation is important to you, and you expect them to support more conservative policies.

Alexandria, VA—New analysis from ACUF, the host of the Conservative Political Action Conference (CPAC), ranked the Tennessee Legislature as one of the most conservative in the country. While some lawmakers scored less conservatively compared to last session, the state’s overall strong performance will once again land the state in the Top 10 Most Conservative Legislatures in the country, according to ACUF’s Ratings of the States.

Review the scorecard to see the ratings of all Tennessee state lawmakers and find out which votes ACUF (American Conservative Union Foundation) scored.

“Red states like Tennessee are attracting record numbers of residents because they offer conservative solutions that help people succeed,” said ACU Chairman Matt Schlapp. “Low taxes and a science-based approach to Chinese coronavirus are just a few reasons why the Volunteer State added nearly 60,000 residents in 2020 alone. We should expect Tennessee and other conservative powerhouses to prosper while mega-blue cities continue their reckless leftist agendas.”

ACUF’s Ratings of Congress and Ratings of the States are initiatives of ACUF’s Center for Legislative Accountability (CLA). These ratings are designed to reflect how over 8,000 elected officials across the nation view the role of government while illustrating the differences between chambers of the legislature and revealing lawmakers’ positions on a wide variety of issues that directly affect citizens.

ACU Foundation reviewed each piece of legislation voted on in both chambers of the legislature to produce average scores of each chamber as well as individual scores for each sitting member.


About the Center for Legislative Accountability

The Center for Legislative Accountability (CLA), an initiative of the American Conservative Union Foundation (ACUF), is the premier organization for holding lawmakers accountable. The CLA produces the longest-running conservative congressional scorecard and our state program is the only one in the nation that scores all 8,000 lawmakers in the 50 states across every policy area. 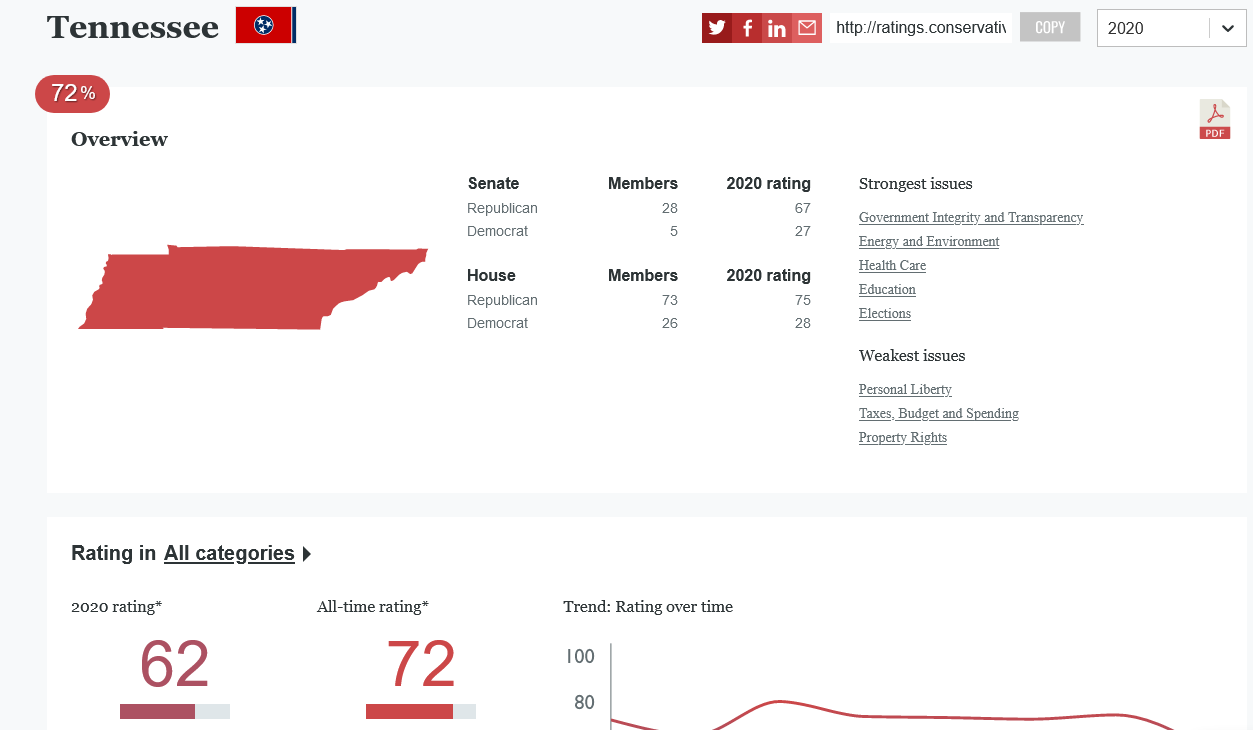 In addition to ACUF’s Conservative Political Action Conference (CPAC), the largest gathering of conservatives in the world, the CLA develops conservative policy solutions and educates everyday citizens and activists on the proper role of government. In 1971, ACUF launched its Ratings of Congress to provide a comprehensive evaluation of the voting records of every Member of Congress. The Ratings quickly became considered the “gold standard” and over the following decades have been utilized by activists, voters, academics and elected officials to determine which lawmakers best adhere to conservative principles. In 2011, these Ratings were expanded into state legislatures as part of a five-state pilot program. By 2015, Ratings of the States grew to include all 50 states and all 99 legislative chambers. Today, the CLA annually analyzes over 105,000 pieces of legislation to issue scores for all of America’s federal and state lawmakers and presents awards to lawmakers who score 80% or better in recognition of their conservative voting records. 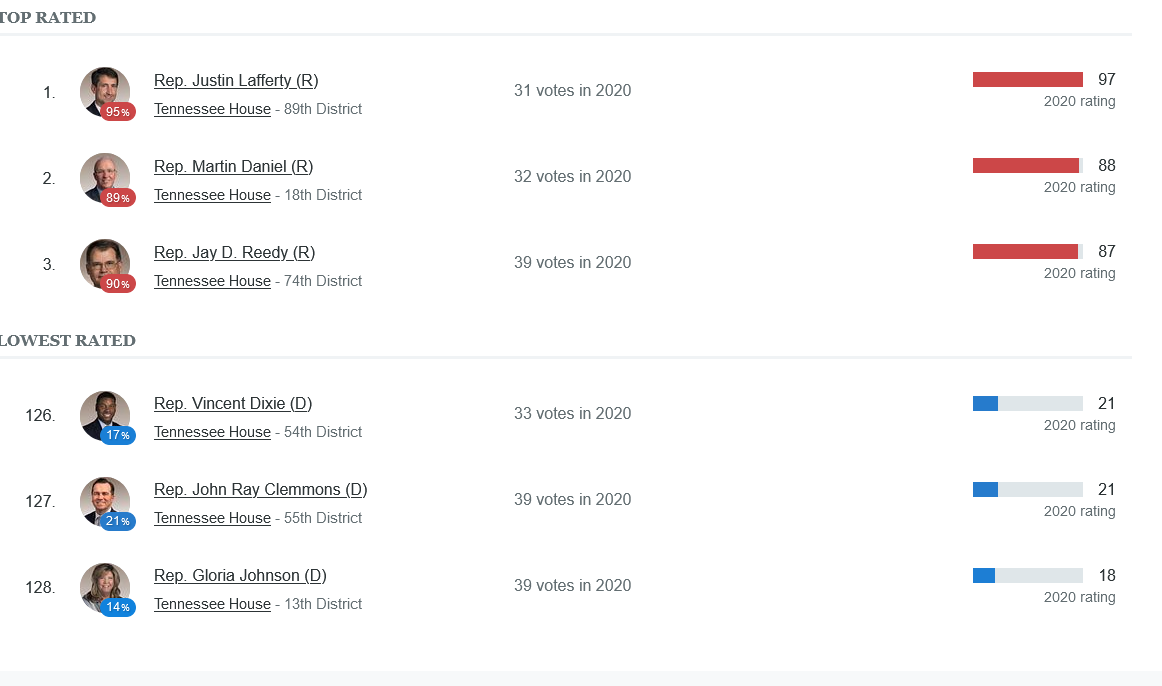 The CLA’s Ratings of Congress and the States illustrate how elected officials view the role of government in an individual’s life. When determining a position on a particular issue, the CLA begins by defining conservatism: the political philosophy that sovereignty resides in the person. Then, we apply the Founders’ belief that the proper role of government is to protect life, liberty and property.

In order to depict how closely a lawmaker adheres to conservative principles, the CLA selects from the full spectrum of issues relating to the economy, culture, national security and government integrity. Some key areas include taxation, spending, education, labor, licensure, regulation, environment, life, free speech, Second Amendment rights, foreign aid, defense priorities and global organizations, including the United Nations. All congressional and state analyses are conducted after the adjournment of a legislative session to ensure that no issue is neglected.

Each lawmaker is evaluated on a zero to 100 scale, with a score of 100 representing a voting record that is perfectly aligned with conservative principles. Officials who earn a score of 90% or higher are presented with the CLA’s highest honor, the Award for Conservative Excellence, while those who earn a score of 80% or higher, but less than 90%, are presented with the Award for Conservative Achievement. Additionally, any lawmaker who earns a score of 10% or lower qualifies for the ACU’s Coalition of the Radical Left.

To determine legislative rankings, the CLA annually evaluates over 105,000 bills that were introduced in Congress and every convening state legislature running from January 1 to December 31. Of those bills, the CLA ultimately selects roughly 2,000 pieces of legislation that best illustrate how elected officials view the role of government in an individual’s life. The CLA calculates individual scores for a total of nearly 8,000 federal and state lawmakers based on over 157,000 votes cast on the 2,000 bills selected. The CLA provides a score for each legislative chamber, which is based upon the average scores of all members within that respective chamber. A legislature’s overall score is calculated by averaging each state’s two legislative chambers together in order to better reflect the differences in political power between the chambers. (The exception being Nebraska, the nation’s only unicameral legislature comprising a single legislative chamber, on which the state’s overall score was based.)