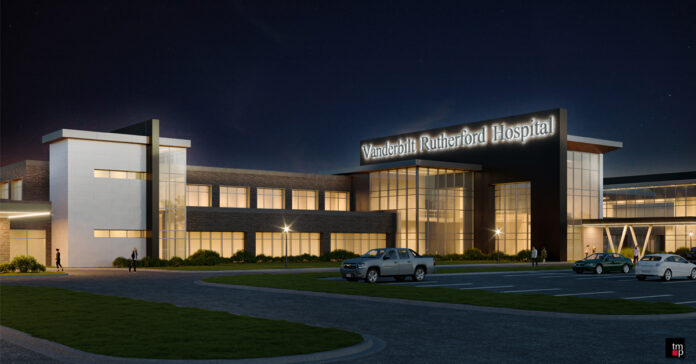 Editor’s Note:  No one should be surprised that consumers continue to spend more money on healthcare costs each year. Insurance premiums, higher deductibles and other out-of-pocket costs are a few of the challenges Americans face today. I’ve seen it personally in my own life with both my mother and sister Vickie who are in nursing homes. Sadly, Vickie lost everything to her name.

According to NCSL, National Conference of State Legislatures, In the past several years, many states have introduced or enacted legislation to modify their CON programs. Changes range from fully repealing an existing CON program to creating a new CON program. However, most state legislation makes targeted changes to CON oversight, such as excluding specific facilities from CON review.

It is Vanderbilt’s second attempt to gain state permission — in the form of a state-issued certificate of need, required before building or expanding hospital capacity — to establish a new 42-bed facility by 2026 on 80 acres it already owns in Murfreesboro. The Tennessee Health Services and Development Agency rejected Vanderbilt’s first proposal last year.

Since then, state law governing certificates of need has been revised, in part to add that “consumer advantage” must now be taken into consideration.

Vanderbilt filed its renewed application on October 1, the same day the new certificate of need rules went into effect. And on Wednesday, as the agency’s six-member panel heard more than three hours of testimony, it became clear the new criteria for granting a certificate of need worked to Vanderbilt’s advantage.

“The facts have grown much stronger in support of this application and the CON (certificate of need) law has change to favor this application,” Dan Elrod, Vanderbilt’s attorney said Wednesday.

The hospital is needed to keep up with growing demand in Rutherford County, where thousands of residents already battle busy I-24 traffic to seek care at one of Vanderbilt’s existing facilities, Elrod said. The new hospital would also relieve the burden at Vanderbilt’s main Nashville campus, which has operated at near capacity. And it would add pediatric beds to a county with 70,000 children under the age of 14.

”Vanderbilt Hospital is one off the most respected Healthcare providers in the nation. Having VUMC build a new hospital in Rutherford County is great news for us all,” said Tennessee Representative Tim Rudd.

Representatives from TriStar Stonecrest Medical Center, Ascension St. Thomas and Williamson Medical Center tried to convince the board that Vanderbilt’s move into Rutherford County was not an attempt to serve an underserved population, but instead a clear effort to divert patients away from existing community hospitals that are adequately serving patients.

“Vanderbilt University Medical Center’s project was denied last year because there was no need. That has not changed,” said Gordon Ferguson, president and CEO of Ascension St. Thomas Rutherford Hospital.

One longstanding criteria used to guide the Health Services and Development Agency in deciding whether to approve a new hospital is whether existing hospitals in a community were at 80% of capacity for two years in a row.

“This does not meet that 80% threshold,” said Lou Caputo, CEO of TriStar Stonecrest Medical Center. “They are offering no new services; it is simply a duplication of services already offered in the community….We have more than 200 surplus beds in the county.”

Ultimately, five of six members of the panel deciding Vanderbilt’s application were unpersuaded by opposition from competing hospitals. Only one voted against Vanderbilt’s plans.

“The CON (certificate of need) is not about anti-trust or anti-competitiveness,” said Dr. Kenneth Patric, an agency member who voted in favor of Vanderbilt’s expansion plans. “It is about consumer protection and consumer advantage. It seems to me there’s a lot of consumer support for this and that seems to me ought to be the litmus test.”

It’s unlikely the fight to prevent the new hospital, to be called Vanderbilt Rutherford Hospital, is over. In a separate legal action, Rutherford County’s existing hospitals and Williamson Medical Center filed suit in Davidson County Chancery Court seeking to preserve records in a previous legal fight over Vanderbilt’s first hospital application. The suit indicated the hospitals wanted those records preserved for an inevitable legal fight over Vanderbilt’s latest attempt to build a new hospital.

Tennessee Was the Wild Frontier When It Became a State