A guitar technician to top country music artists, Israel is walking from Key West to Washington state to support the cause.

To draw attention to the matter in his home state, “Izzy” presented representative Sparks with a “Champion of Term Limits” plaque. It reads, “In recognition of a steadfast commitment to restore citizen government through term limits.” Sparks voted in support of house joint resolution 8 (HJR8) which successfully passed through the Tennessee House last month.

Sponsored by Tennessee house representative, Chris Todd, the measure’s summary reads, “House Joint Resolution 8 applies to the United States Congress for a Convention of the States to propose an amendment to the United States Constitution to impose term limits on members of Congress.” HJR8 does not set the specific length of term limits, rather, it simply starts a discussion among the states on what the ideal term limits of Congress members should be.

Under Article V of the U.S. Constitution, the states have more power to amend the Constitution than the Congress does. Congress has a conflict of interest to propose term limits on itself. Recognizing this, the founders assured the states could both propose and ratify amendments without the approval of Congress. HJR8 leverages this power so the states may act in the best interest of the people. 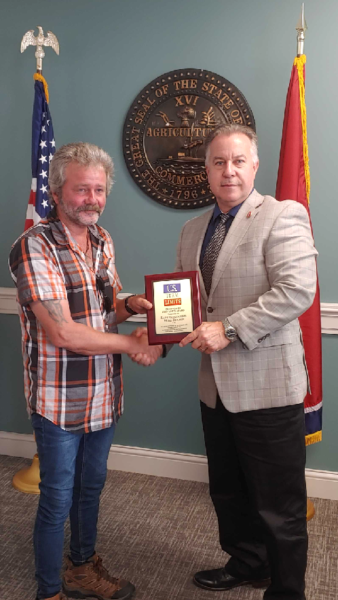 HJR8 is currently active in the Tennessee state senate where it must be approved in order for Tennessee to be counted in the states calling for a term limits on Congress convention.

Sparks is in good company in his commitment. More than 53 state representatives voted to approve HJR8. These representatives realize that an overwhelming majority of their constituents want term limits on Congress.  According to a 2020 poll of voters in the state conducted by RMG Research, term limits enjoy wide bipartisan support. In Tennessee 77% of Republicans, 90% of Democrats, and 71% of independents strongly approve of placing term limits on members of Congress.

In addition, there are four members of Congress from the Tennessee congressional delegation, including Senator Hagerty, who have signed USTL’s term limits pledge.

Once the amendment is proposed by either Congress or the states at a national convention, it must be ratified by 38 states in order to become part of the U.S. Constitution.