For those who travel often, experiencing cultural mismatches can be common. Even among cities in the same country, there are differences in local traditions, behaviors, mannerisms, and sayings that can affect our opinions of a place.

We surveyed over 1,500 residents of the 30 largest metropolitan areas in the U.S. and asked them about the rudeness level of their city, including the prominence of certain typically rude behaviors, to help travelers determine what to expect when visiting. Respondents also answered questions about cultural differences abroad. 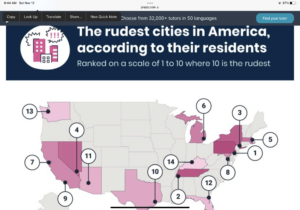 Reports: Biden’s Tax Plan Would Increase Taxes Across the Board, Estimates...