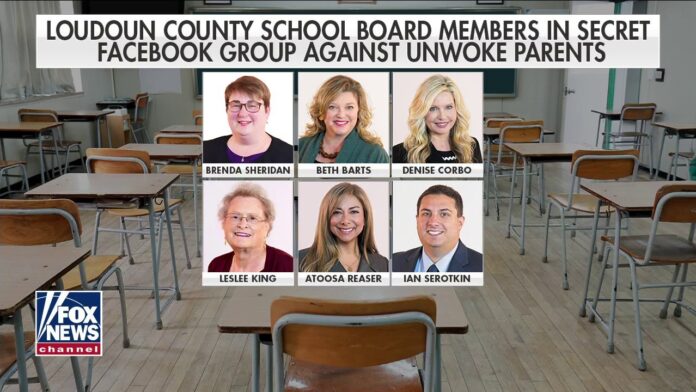 Loudoun County, VA – It’s been over two months since a quorum of Loudoun County School Board members were caught in a private Facebook group where parents were targeted for speaking at school board meetings.

Since that moment, parents have united to launch Fight for Schools and remove those school board members for violating open meetings law, the Virginia and United States Constitutions, and their own code of conduct.

Yet, despite months of bad press and bi-partisan outrage from parents, grandparents, teachers, and taxpayers, one school board member continues to double down.

The pages of screen shots linked below are from the “Anti-Racist Parents of Loudoun County” closed Facebook page. They are from LAST WEEK!

School Board member Beth Barts once again started the fire with a social media post about a recent vote and stood by as they ripped apart her two colleagues, Denise Corbo and Harris Mahedavi, calling them “cowards” and saying that “they lack moral backbone.”

In doing so she has AGAIN violated the school board’s code of conductwhich states:

“To show respect for and work with my fellow board members and staff in a spirit of harmony and cooperation in spite of differences of opinion that arise during vigorous debate of points at issue.”

Statement from Fight for Schools Executive Director Ian Prior:

“The Loudoun County School Board finds itself in the national spotlight day after day because of one person and her continued neglect of duty, misuse of office, and incompetence – Beth Barts. Time and again she has taken to social media to gin up up her activist friends to attack parents, teachers, and even her own colleagues.

“For the good of the entire community, it is time for the other eight members of the Loudoun County School Board to stand up for the community and publicly denounce Ms. Barts’s continued abuse of parents, teacher, and other school board members.

“A willingness to take this public stand might even open up an opportunity for a civil and productive dialogue with us on how we can move forward with an education system committed to excellence, achievement, and equal opportunity for all.”

US Economy Added 1.4 Million Jobs in August, Unemployment at 8.4...

States Have an Obligation to Offer Parents School Choice During Pandemic...