Editor’s Note: I’m excited to see MTSU invite journalist Roland Martin to speak via online to MTSU students. Roland was one of the few journalists who stood up for former Rep. John  DeBerry who the Tennessee Democrat Executive Committee took off the ballot. Roland reports ‘Real News.’

Folks, I didn’t even know that was legal-did you?

violated and the people of district 90 voting rights suppressed. I can’t make the stuff up–It difficult to believe that this can even happen in America.

Talk about ‘Voter Suppression.’ The silence of the mainstream media is deafening–to say the least.

Sadly, the Democrat party officials believe the lawmaker who once marched with Dr. Martin Luther King Jr. and was at Dr. King’s Mountain Top speech is no longer welcome him in their own ranks.

“This racially motivated and bullying attempt … will not be tolerated by the black community, “state Representative Joe Towns.

The democrat committee voted 41 to 18 to remove DeBerry from the ballot. DeBerry, a pastor ran as an Independent but lost.

In a ironic and ‘cool’ twist of events and a modern-day story of redemption Governor Bill Lee hired DeBerry as an advisor on education.
Thank you Roland Martin for being a journalist who is objective and fair.
To see Roland Martin Unfiltered visit: https://rolandsmartin.com/unfiltered/

To see another ‘Real News’ article that another great journalist wrote in the Memphis Flyer visit: https://www.memphisflyer.com/memphis/deberry-case-highlights-questions-of-party-loyalty/Content?oid=22819625

An accomplished journalist and commentator will assess the status of African Americans in a 2021 MTSU Black History Month event.

The former host of “NewsOne Now” on TV One, a cable television channel that targets an African American audience, Martin also provided commentary on Cable News Network for six years.

Aaron Treadwell, an assistant professor of history, called Martin’s speech “an intentional approach to engage healthy conversations on race.” The Department of History along with the Black History Month Committee and the Distinguished Lecture Committee are event sponsors.

“In my three-year tenure at MTSU, I have been encouraged by the campus’ ability to provide intellectual engagements that challenge societal norms,” Treadwell said. “This event will be no different, as the speaker will remind the audience that the African American experiences are not solely for Black recitation; Black history is American history. The more we know, the better we can become.”

His more than 30 awards include the 2008 President’s Award from the National Association of Black Journalists, who named him Journalist of the Year in 2013 for his focus on issues of importance to African Americans during the 2012 election, and four NAACP Image Awards, including Best Host for the last two years.

In 2013, readers of Jet Magazine voted him “King of the Hill” when it comes to the person they turn to on issues of concern to them. Ebony Magazine has named him one of the 150 Most Influential African Americans in the United States four times.

“His vibrant career has touched and changed the lives of many people, near and far. I expect his message to do the same for our audience,” said Intercultural & Diversity Affairs Director Daniel Green, chair of the university’s Black History Month Committee. “I encourage the campus community to participate in what should be an uplifting and uniting program.” 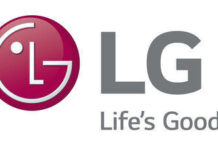 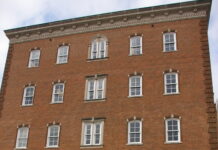 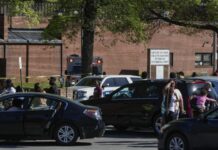