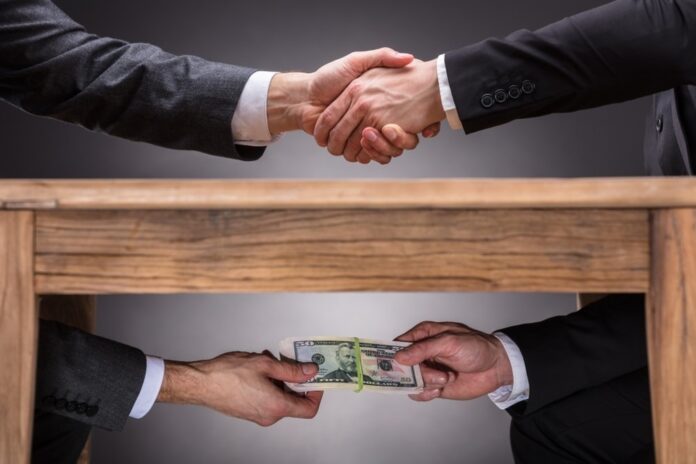 Editor’s Note: If your concerned with the teaching of CRT, critical race theory and would like to get involved with becoming an effective change maker I would suggest contacting Moms For Liberty in Williamson County. 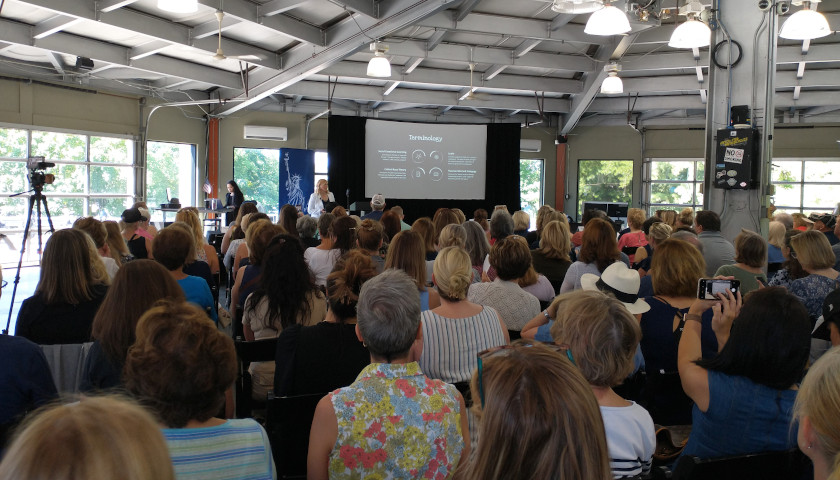 Their last meeting was held at Cool Springs Harley Davidson and was well-attended with over 350 concerned parents and local and state elected officials.
https://www.williamsonhomepage.com/news/moms-for-liberty-to-hold-meeting-to-discuss-their-allegations-that-wcs-curriculum-includes-critical/article_0ebb2ce2-cad3-11eb-a837-cba1e7438d5c.html

Compiled by Fight for Schools

For the past several months, not a week goes by without Loudoun County, Virginia being in the news as a result of its push to implement critical race theory in its schools. Parents are frustrated and looking for answers, but Loudoun County Public Schools (“LCPS”) remains largely silent as this county outside of Washington, D.C. has become ground zero in the fight against critical race theory in schools.

The story of how this all happened seems relatively straightforward, but in reality, it is a complicated story of gaslighting, big money contracts, and unfairly throwing teachers under the bus.

It all started in February of 2019 when Loudoun County made national news after the president of the Loudoun County NAACP claimed that students at Madison’s Trust Elementary were instructed to pretend to be slaves during a physical education class activity. This exercise was presented to the media as a “runaway slave game.”

The school was quick to issue an apology and the then-Superintendent Eric Williams said that the school system would take corrective action, which included hiring “[a]n outside expert [to] conduct an equity audit,” requiring all teachers to receive “cultural competence and implicit bias training,” and a new position to focus on “equity and cultural competence.”

On April 10, 2019, LCPS formally executed a no-bid contract with The Equity Collaborative, a consulting firm in California that specializes in critical race theory. The equity collaborative ran focus groups, coached and trained teachers, and produced an equity assessment, which was submitted to LCPS on June 6, 2019. In the equity assessment which LCPS released to the community, The Equity Collaborative stated that its work was performed from April through May.

This complaint triggered an Attorney General investigation into LCPS in October of 2019, a list of “Terms of Conciliation” from the Loudoun NAACP a year later on October 2, 2020, and a November 18, 2020 determination by the Office of Attorney General Division of Human Rights that there was reasonable cause to believe that “LCPS’s policies and practices resulted in a discriminatory impact on Black/African-America and Latinx/Hispanic students.” The AG report indicated that it relied heavily on the findings in the equity assessment.

In February of 2021, LCPS settled the case with the Attorney General.

As pointed out above, the event that triggered this course of events was the so called “runaway slave game” at Madison’s Trust Elementary.

In reality, the exercise prepared by the physical education teachers at Madison’s Trust Elementary is known as the “Underground Railroad Simulation.” It is a 30-year-old program derived from critical race theory studies that is part of the Dare 2 Be Real program, founded by anti-racism and equity coach Anthony Galloway. Dare 2 Be Real describes itas “simulat[ing] southern slaves’ frightening and sometimes brutal experiences as they fled to the north and to freedom.”

Galloway and his partner Patrick Duffy have made numerous presentations on this “at local and national educational conferences including the Summit for Courageous Conversations about Race.”

“Courageous Conversations” is a framework used by The Pacific Education Foundation for “effectively engaging, sustaining and deepening interracial dialogue.” The founder of Pacific Education Foundation is Glenn Singleton, who also wrote a book entitled “Courageous Conversations” in which Galloway and Duffy contributedto the “Leadership for Racial Equity” chapter to discuss the Underground Railroad Simulation.

Indeed, in 2006 the Virginia Pilot praised the use of the simulation by physical education teachers used at Southeastern Elementary.

And here is where things get very interesting as it relates to Virginia.

In the “Final Report of the Virginia Commission on African American History Education in the Commonwealth,” released in August 2020 by Governor Ralph Northam, Singleton’s book “Courageous Conversations” is listed on page 80 as one its “Resources to Support Implementation.”

Meanwhile, the head of the Loudoun NAACP was on the Commission’s Professional Development Subcommittee. That would be the very same person that said the Underground Railroad Simulation at Madison Trust Elementary was either “willful ignorance,” “white privilege,” “intentional racist action,” or “combination of all three.”

It is further noteworthy that Singleton’s book is also highlighted in at least one training presentation made by LCPS’s Director of Equity to LCPS staff.

According to an anonymous source with direct knowledge of the planning and performance of the simulation, one of the Madison’s Trust physical education teachers learned of the Underground Railroad Simulation at a featured session during the Virginia Association for Health, Physical Education, Recreation and Dance 2011 Convention.

Further, according to documents reviewed by the author, the Underground Railroad Simulation was presented to Madison Trust’s Project Based Learning (PBL) Committee in the Fall of 2018 as part of LCPS PBL initiative to provide cross curricular activities. The PE teachers worked with the 4thgrade teachers and the PBL committee to ensure it was an appropriate lesson. The lesson was on the agenda of all subsequent PBL Committee meetings leading into February of 2019 and twenty-one staff members (including the principal and assistant principal) were aware of the lesson.

The actual simulation itself was divided into seven cooperative learning stations. Those stations were:

1. Working as a team to move quietly through obstacles;

2. Allowing students to take turns as an agent (like Harriet Tubman) to assist other students through hurdles;

4. Using teamwork to navigate through the dark;

5. Simulating the crossing of a river;

6. Moving through hula hoops together without letting them fall; and

According to this source, both the principal and the school’s dean came to watch the lesson – both said that it was “awesome.” The principal also tweeted: “TY for doing this with the students. They were 100% engaged in this learning experience.”

A second school staffer tweeted: “This is amazing. They’re going to love it. Thank you for working with us on our unit.”

It wasn’t until after the Loudoun NAACP complained that LCPS changed its tune. Madison Trust’s Principal deleted his tweet and apologized for “insensitive physical education.” The principal then sent out an email to the whole school stating that “Loudoun County Public Schools does not endorse the use of instructional strategies that place elementary students in role-playing situations depicting the institution of slavery.”

Several weeks later, after continued press coverage, six members of the Black Panthers of Virginia entered the school to protest the use of the Underground Railroad Simulation. This was a concerning ordeal for the entire community but received scant coverage in the media.

Further, as described by a source in attendance, the school invited the community to a town hall to discuss the lesson yet did not allow the teachers to explain the lesson and answer questions. Superintendent Williams forced the teachers to sit down, but the crowd of parents became so loud and chanted for the “teachers to speak” that finally they relented. The lack of support from LCPS leadership for the physical education teachers was stunning, and it has since caused one of those teachers to seek a career change.

That’s when the LCPS started doling out taxpayer money. The Loudoun Freedom Center, run by the head of the Loudoun NAACP received a long-term contract for “consultation in curriculum review”- that contract was signed a month after the Underground Railroad Simulation became national news.

Then the Loudoun NAACP leveraged the Equity Collaborative assessment to trigger an AG investigation and settlement to require the implementation of critical race theory in Loudoun County Public Schools.

Meanwhile, the Equity Collaborative made $422K from its engagementwhich was sold by LCPS to Loudoun County taxpayers as beginning on April 10, 2019. However, according to the Attorney General’s Final Determination on the civil rights complaint filed by the Loudoun NAACP, the Equity Collaborative told the Attorney General’s office that it was retained for $391,500 in January of 2019 and started doing its work at that time.

The Equity Collaborative has continued to be under contract with LCPS in 2020 and 2021.

· In February of 2019, after months of planning by Madison’s Trust Elementary staff and teachers, physical education teachers used The Underground Railroad Simulation during gym class as part of Black History Month.

· This simulation was a 30-year-old program developed by famed anti-racist and equity coaches and highlighted in a book used in LCPS material and listed as a resource for implementation in Governor Northam’s. Final Report of the Virginia Commission on African American History Education in the Commonwealth.

· LCPS and the Loudoun NAACP threw the Madison’s Trust Elementary School physical education teachers under the bus and spread misinformation to the public about the Underground Railroad Simulation.