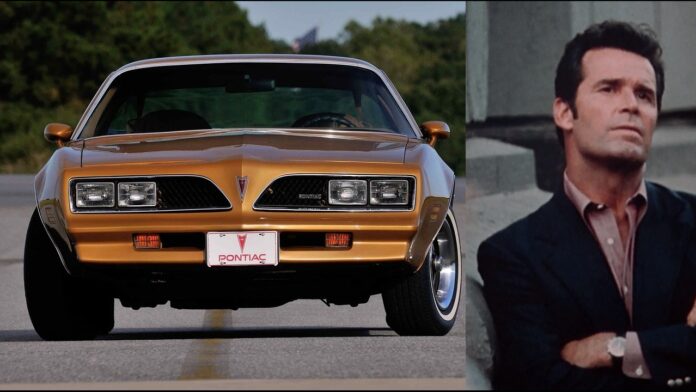 How long could you go before whipping a J-turn in this baby?

“The Rockford Files” is one of those shows where the hero’s preferred set of wheels becomes a beloved character in its own right: James Garner’s Jim Rockford spent a lot of screen time chasing and being chased in his Sierra gold Pontiac Firebird, and the actor/aspiring race car driver did so many of his signature J-turns in the thing that the maneuver is now known as a Rockford. 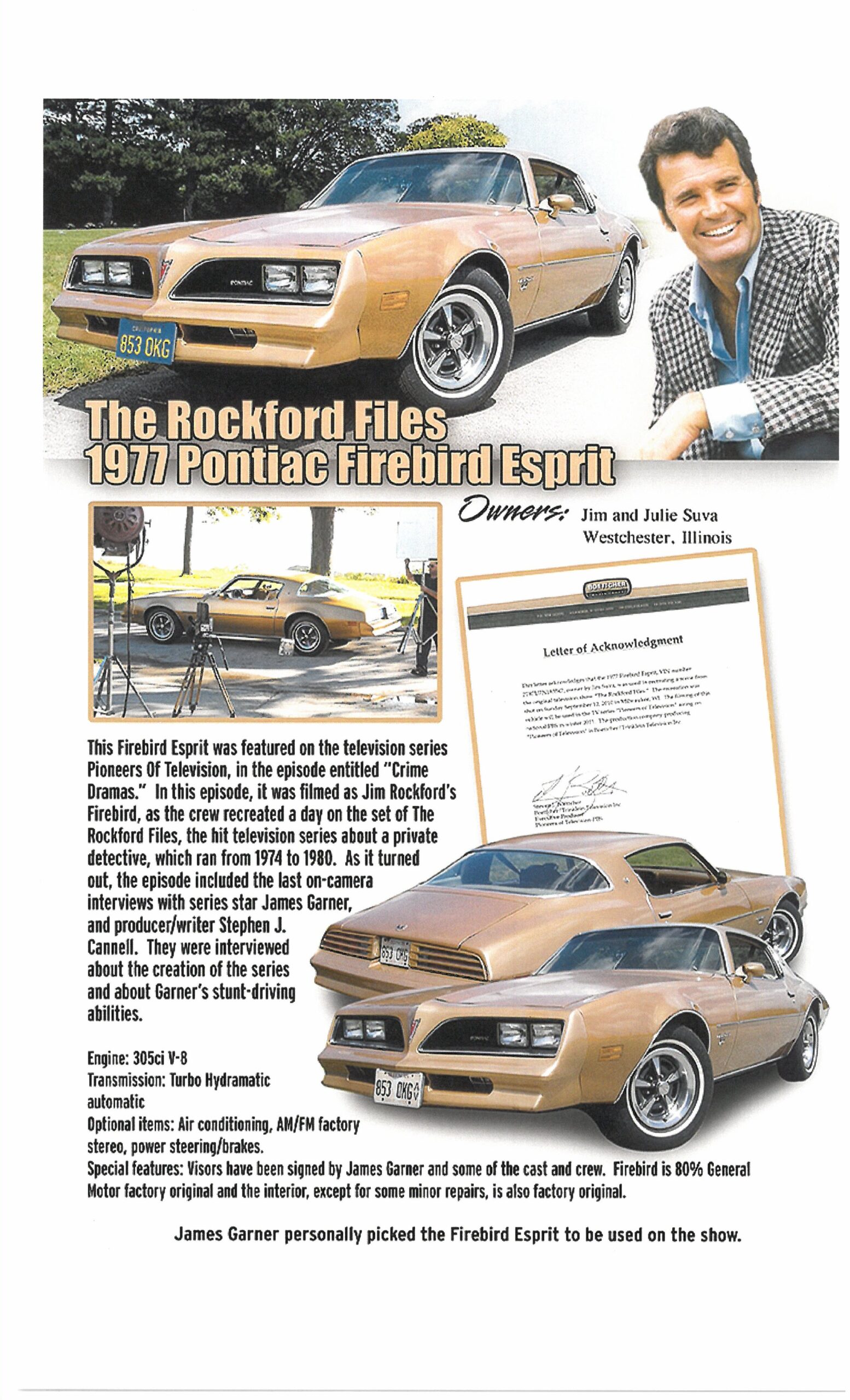 As is typical with movie and TV show production, “The Rockford Files” crew kept a stable of Pontiacs on hand for filming. And one of them, a 1978 Pontiac Firebird Formula 400, is headed to Barrett-Jackson’s Scottsdale collector car auction this weekend.

Of course, Rockford didn’t drive a Firebird Formula — he drove a somewhat humbler Firebird Esprit. As we explained in our profile of the character and his car, Garner didn’t think the flashier, more expensive trims would have been in keeping with Jim Rockford’s personality. It was a nice bit of character building — a less-than-obvious choice that adds more depth to the fictional private eye. So the production team disguised the car by swapping out the hood, ditching the rear spoiler and giving it a coat of Sierra gold paint.

This car was used for closeup shots and sound recording. Microphone hookups have been left in place. 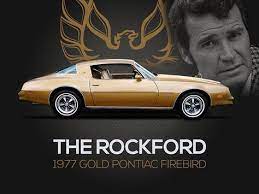 This particular car is one of three used in filming from 1978 to the show’s conclusion in 1980, and it comes with the documentation to prove it. According to Barrett-Jackson:

“Included is a copy of the dealer invoice showing the car was delivered to Pontiac Motor Division in Sherman Oaks, CA (the location Vista Group/Product Placement used to get their vehicles from GM), as well as a letter from James Garner’s production company identifying the car as an actual screen-used Firebird Formula 400, and that he drove this car during the filming of ‘The Rockford Files.’”

Even cooler than a letter of authenticity: This was used as the sound car during filming, and microphone hookups are still in place. Another interesting, though less visible, feature is the skidplate installed to protect the engine and transmission during stunts (this appears to have been removed for the underbody photo).

Adding to the car’s provenance, it was purchased by James Garner after the show ended and was said to have been driven by him until May 1981; perhaps he chose this one because it was the only film car to be equipped with power windows and an AM/FM radio.

The condition of the car after leaving Garner’s ownership is unclear — film cars don’t tend to lead easy lives — but it has since been restored to like-new condition. The underbody looks clean enough to eat off of. It’s almost too nice to drive … almost. Here’s hoping that its new owner isn’t afraid to pull a couple of J-turns. It’s what Garner would have wanted.

The car crosses the block on Jan. 19. It’s offered without reserve, so some lucky Rockford-phile is taking it home. Check out the auction catalog listing here for more information.

The car has been restored to like-new condition; it appears that the skid plate protecting the engine and transmission during stunts has been removed for this photo. 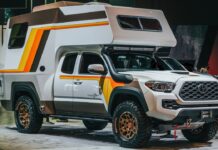 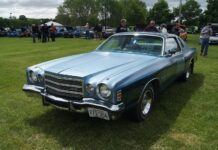 Weekly Jobless Claims Fall Below One Million for First Time Since...