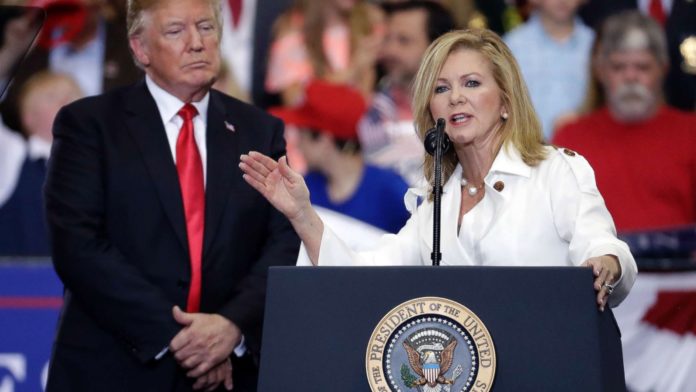 Freshman Sen. Marsha Blackburn of Tennessee and Sen. Joni Ernst of Iowa will become the first Republican women to serve on the Judiciary Committee when the new Congress is seated this week, according to a roster obtained by POLITICO and confirmed by a Capitol Hill source.

Blackburn tweeted Wednesday that she was “honored to have the opportunity to blaze a trail for women in leadership roles” alongside Sen. Jonie Ernst from Iowa.

Both appointments will help solve a perception problem for Republicans. Since there are only four Democratic women senators on this important committee, including ranking member Dianne Feinstein (D-Calif.), in contrast to the previously all-male GOP slate — while putting Blackburn and Ernst in a position to preside over judicial nominations and certain women’s issues including the Violence Against Women Act.

Marsha Blackburn made history in November when she was elected as Tennessee’s first female U.S. senator beating former Tennessee Governor Phill Bredeson after previously serving eight terms in the House.

She was officially sworn in to the office on Thursday, where she was flanked by outgoing Tennessee Sen. Bob Corker, whom she replaced, and Sen. Lamar Alexander, who is retiring in 2020.

Want to be a Tennessee State Trooper? Now’s the Time!