This week, in one of the most shocking business moves in recent memory, Twitter reversed itself and decided to sell itself after all to Elon Musk, who paid some $44 billion for the privilege. The move was made, at least in part, for ideological reasons; Musk has been vocally critical of Twitter’s management of information flow.

Immediately upon the news of the buyout breaking, Musk tweeted, “Free speech is the bedrock of a functional democracy, and Twitter is the digital town square where matters vital to the future of humanity are debated. I also want to make Twitter better than ever by enhancing the product with new features, making the algorithms open source to increase trust, defeating the spam bots, and authenticating all humans.”

All of these seem like worthwhile and anodyne goals. More speech, not less. More transparency, not less.

And yet the political Left went utterly insane. Charles Blow of The New York Times vowed to leave the service; in fact, #LeavingTwitter trended on the service. The American Civil Liberties Union, while noting that Musk is a card-carrying member, fretted, “there’s a lot of danger having so much power in the hands of any one individual.” 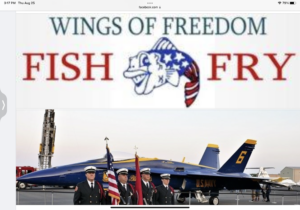 To read…the rest of the story visit: Pittsburgh Post-Gazette.

ALL ABOUT SYMBOLIC ARTIFICIAL INTELLIGENCE

Corrections officer arrested after attempt to deliver drugs to inmates