Overcoming Goliath’s In Our Lives

The story of David and Goliath (1 Samuel 17) is a significant factual account  in biblical history that showcases the Lord’s intervention on behalf of His people. David, a shepherd and the youngest of Jesse’s eight sons from Bethlehem, witnessed the Israelite army, led by King Saul, struggling against the Philistines. Among the Philistines was a giant named Goliath, who stood at a towering 9 feet tall. Saul’s army was afraid to confront Goliath, but David, filled with faith and a desire to defend God’s honor, which was being insulted by Goliath, stepped forward.

Using only a stone and a sling, David defeated Goliath and then beheaded him with the giant’s own sword. The Philistines, seeing their champion defeated, fled, and the Israelites emerged victorious.

“Thinking will not overcome fear but action will.”

The story of David and Goliath is seen as a lesson in courage and faith in God.

David, sent by his father Jesse to gather battle news from his brothers, found himself at the front lines and heard Goliath mocking Israel and their God. Determined to defend his people, David bravely volunteered to fight Goliath, convincing King Saul to let him do so without wearing any armor. Armed only with a sling and five smooth stones, David approached the giant and declared that he came in the name of the Lord Almighty, the God of Israel. Laughing at David, Goliath was caught off guard when David swung a stone from his sling, striking the giant in the forehead and felling him. David then picked up Goliath’s sword and killed him, cutting off his head.

How Old Was David When He Fought Goliath?

The story of David and Goliath is not just about a physical battle, but also a spiritual one. Goliath was not only taunting the Israelites, but also challenging the authority and power of the Lord. Despite the fear and cowardice of the Israelite army, David stepped forward, trusting in the Lord’s strength to defeat the giant. 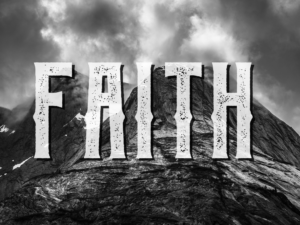 David’s faith was rooted in his experiences of God’s grace and mercy in his life. He knew that the Lord had delivered him in the past and trusted that He would do so again.

This story teaches us that the God we serve is capable of overcoming any obstacle or challenge in our lives. However, it is important to remember that in order to trust in God’s power, we must first know Him and His nature. Through reading and studying the Word, we can deepen our understanding and relationship with Him, building our faith in Him.

Was Goliath one of the Nephilim?

Trials and struggles may come, but through faith in God’s power, we can endure and even find joy in them, knowing that they serve to strengthen our faith and bring glory to God.

Like David, there is nothing we can’t defeat through our Lord’s strength and power in the name of Jesus!

Boeing Says Pandemic Will Cut Demand for Planes for a Decade