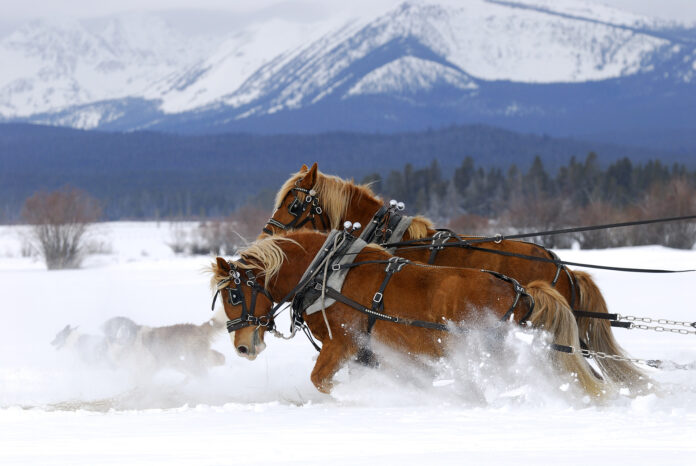 Publisher’s Note: This morning, while at our Men of Hope Men’s breakfast Marc Lewis was teaching and shared this metaphor for teamwork. 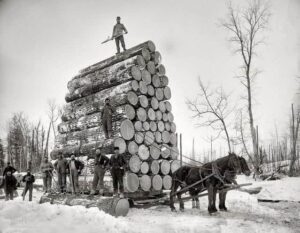 During his lesson he discussed with the class of roughly 20 men that one horse working alone can pull as much as 8000 pounds — but two horses working in tandem can often pull three and four times the weight of as a single horse on it’s own.

… Well, to be honest, I really didn’t believe Marc. Needless to say, I quickly became curious and went to Google and starting researching workhorses.

We’ve all heard the cliches, “He or she’s a workhorse” or “They’re a workhorse — not a show horse.”

Webster defines the term workhorse as a horse used chiefly for labor as distinguished from driving, riding, or racing: a person who performs most of the work of a group task: a hardworking person: something that is markedly useful, durable, or dependable.

Marc is a former football player and coach and places great value on teamwork. Those horses working in tandem is the reason you’ll often see more than one horses pulling heavy loads.

Throughout my life I’ve always been fascinated with leverage and doing more with less — in fact, I even wrote a book called “How To Do More with Less During Tough Times.”

Can We Really Learn from Two Workhorses?

The workhorses are teaching us an extraordinary life lesson in the importance of teamwork.  To be honest, I don’t like working as a team — I’ve always liked to ‘Go it Alone’ and do my own thing and be independent.

The metaphor of the two workhorses is simply a cool lesson for me personally. Can I get more accomplished by working in tandem with others?

The lesson of the workhorses is that they trained with one 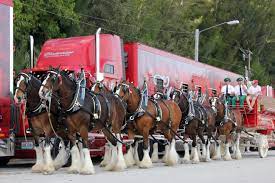 another and experienced working together before, the two trained horses working in tandem can actually pull 32,000 pounds!
That’s four times as more weight as either of the horses pulling by themselves — that’s INSANELY INCREDIBLE!


The old adage, “A Rising Tide Lifts All The Boats” is often attributed to John F Kennedy. We’ve all heard the quote that “A man may do an immense deal of good, if he does not care who gets the credit for it.” That quote, in various versions, is attributed to Ronald Reagan, Harry Truman and Rev Fr Strickland, an English Jesuit Priest. Those are simply good quotes to live by,

In today’s increased divisive — whether it’s in business, politics or even non-profits — unfortunately, we all see a lot of chaos these days. 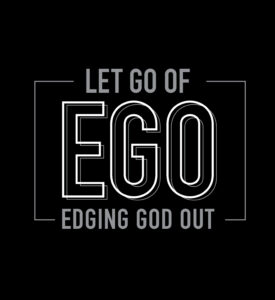 I lay much of the blame on inflated egos, as well as social media. Those egos, in my opinion, aren’t working in tandem — thus underutilizing their full potential. I’m guilty of it myself.

While I write this it’s 12:39 a.m. and I’ve been wheeling my 91-year-old mother in her walker to the restroom. Unfortunately, she’s in her final days (hospice was in last week) and I can hear her moaning in pain while she’s lying in bed.

Fortunately, my wife is a much better caregiver than I am. If her and I weren’t working together much like those workhorse my mother would have to be in a nursing home — which is what we’ve tried to avoid.

In Ecclesiastes 4:12 it states, “Though one may be overpowered, two can defend themselves. A cord of three strands is not quickly broken.”

Many thanks to Marc Lewis, owner of Farmers Insurance 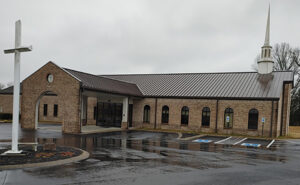 in Smyrna and Kent Shingleton Pastor of Hope Fellowship Church at 1429 Lee Victory Pkwy in Smyrna, Tennessee for hosting Men of Hope which meets on Saturday mornings between 7:30 to 9 a.m.

For more information about Men of Hope email Marc Lewis at MLewis1@farmersagent.com.