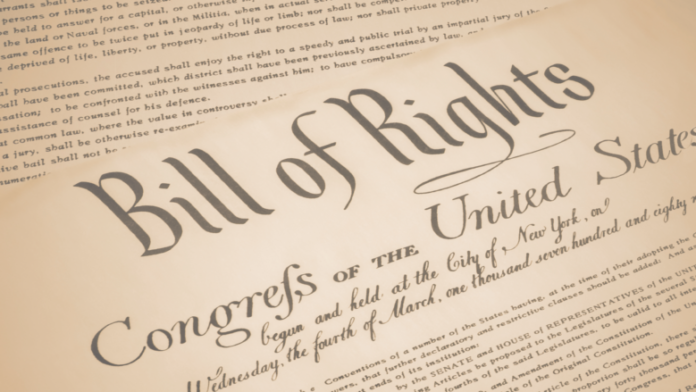 This Thursday, December 15th, marks the 231st anniversary of the ratification of the Bill of Rights, including the First Amendment.
Lately, I’ve been reading a book about Magna Carta, and how, over the
last 800 years, the basic principles of that document are still as alive today as they were when King John signed them in 1215.
Likewise, with the First Amendment. Despite more than 200 years of turmoil, change, and differing social philosophies, the basic principles of the first Amendment are still intact.

The Amendment itself is fairly short, only 45 words long: “Congress shall make no law respecting an establishment of religion, or prohibiting the free exercise thereof; or abridging the freedom of speech, or of the press; or the right of the people peaceably to assemble, and to petition the Government for a redress of grievances.”

Interestingly enough, the writers of the amendment put its application in the hands of the people, not the government. 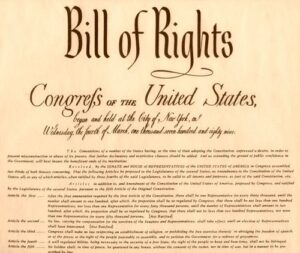 In fact, it is the government that is proscribed from taking action; the government is told what it cannot do; what can be done is left in the hands of the people, to do as much, or as little, as they will.
This means, then,  the Amendment is well-suited to meet changing times and conditions. It means that as people, and society change, the Amendment is flexible enough to meet new demands and challenges.
In fact, its very vagueness is what makes it so accommodating. The amendment means just what we want it to mean. The only restriction is that the government cannot do anything to suppress your freedom of religion, speech, press, assembly, nor your right to petition the government.
And the amendment belongs to all of us: not just the press, not just organized religion, not just community leaders, agitators and politicians. All you have to do is use it.
I’m Larry Burriss