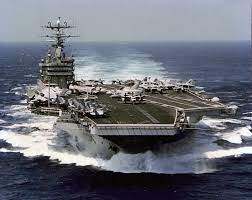 It’s heartbreaking to know that the suicide rate among active-duty troops and veterans is on the rise, outpacing the also-rising rate in the general population in recent years. Military life some with different risk factors and it’s difficult to pin down why.

There’s no one reason for it, according to a study released Monday by the Costs of War Project, and the way the Defense Department and VA track suicides might mean even their growing numbers are incomplete.
Per researchers’ estimates, 30,177 Global War on Terror veterans have died by suicide, compared to 7,057 who have died while deployed in support of the Global War on Terror.

We, as a society need to ask ourselves…What is causing this? Why didn’t anyone intervene? What can be done to prevent an ever-increasing era of depression?

3 USS George Washington sailors took their own lives in one week: report

A sailor aboard the USS George Washington in Virginia fatally shot himself last week — the third sailor assigned to the ship to take their own life this month, and the 7th this year, according to reports.

Officials from the Naval Criminal Investigation Service would not confirm whether Mitchell-Sandor was on duty at the time or if he had used a service weapon. No other details were released about the incident as the investigation continues.

“NCIS is conducting a thorough investigation to determine the circumstances surrounding the death of MASR Xavier Mitchell-Sandor, as we do in response to all non-combat, medically unattended fatalities of Department of the Navy service members,” spokesman Jeff Houston.

“Objective and Honest” Local News is still vital to Our Community