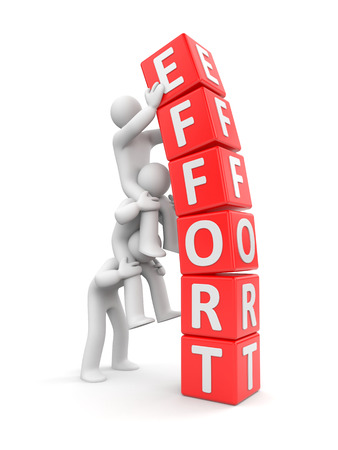 The third provision in the original maintenance of effort law is that newly-created districts in any county “where the county and city schools are being combined” are not subject to maintenance of local effort for their first three years.5 The language in the law is unclear as to whether the three-year exception also applies to new districts created in counties where county and city school systems are not being merged, as was noted in OREA’s 2012 report on statutory options for school district mergers.6 The Department of Education has interpreted this maintenance of effort exception to apply to any newly-created district.
Revisions to the maintenance of effort law were made in 1992, the same year the state adopted the BEP funding formula. The revisions provided that in a year when state funding is less than the amount in fiscal year 1990-91, or less than the previous fiscal year’s state funding, any local funds allocated to offset state funding cuts shall be excluded from maintenance of effort requirements. In cases where districts receive lower levels of state funding as a natural result of student enrollment decreases, however, the exclusion does not apply, and any local funds allocated to offset such declines in state funds would be included in future years’ maintenance of effort requirements.
A 1994 State Board of Education rule requires the Department of Education to review school systems’ budgets to ensure school districts are not using state funds to supplant local funds. The rule further states that revenue derived from local sources must equal or exceed prior year actual revenues, excluding capital outlay and debt service and adjusting for any decline in average daily membership (ADM).7
After the General Assembly passed increased education funding, dubbed BEP 2.0, in 2007, it requested a study by the BEP Review Committee to address concerns and perceptions that local funding bodies were cutting local funds on the heels of the increased state funding and to make recommendations on whether statutory revisions were needed.8 The committee recommended revisions that would require local funding bodies to appropriate at least the same level of funding as the prior year, including an adjustment for inflation. The recommendation was not acted on by the General Assembly.
How is mHaionwteinsaMncaeinotef neaffnocrtedoeftEerfmfoirnt edde?termined?
The Department of Education makes the determination as to whether districts’ proposed budgets meet maintenance of effort requirements. The department conducts several financial comparisons to test districts’ compliance, once districts have submitted their budgets to the department by the annual August 1st deadline. The department notifies a district if its budget does not meet maintenance of effort requirements and sets a deadline for the district to submit a revised budget in order to come into compliance.
3

Compliance tests
Level One
The first test of maintenance of effort compliance is a determination that a district’s total budgeted local revenues for day-to-day operations are not less than its budgeted local revenues from the previous year, excluding capital outlay and debt service. Local revenues include property taxes, fees, and local sales taxes that are designated for schools, as well as any allocated license and permit fees, state shared tax proceeds, and city general fund revenues, if applicable. Districts can generally determine if they are in compliance with the level one test before they submit their budgets for department approval.
Level Two
A second level compliance test is triggered when districts do not meet the level one test, often because they have declining student enrollment. It is generally expected that districts’ budgeted revenue will decrease in such situations; maintenance of effort is thus determined on per-pupil revenues rather than total revenues. Districts must demonstrate that their budgeted per-pupil local revenues are not less than their budgeted per-pupil local revenues from the previous year. The department makes the determination using the weighted average daily membership (ADM) figures calculated for the BEP funding formula.B If districts do not pass the level one test, but can pass the level two test, they have met maintenance of effort requirements.
It is possible for districts with increasing enrollment to meet maintenance of effort requirements by holding total budget levels steady, while their per-pupil funding declines. Such a scenario might be due to realizing economies of scale or to local funding commitments that remain unchanged as enrollments rise, or both. In these cases, because districts have met the level one test, they are not subject to the level two test. (See also “Adjustment for Inflation.”) For example, in fiscal year 2015, nine districts with increased enrollments met their maintenance of effort obligations with budgeted local revenues equal to, or with very small increases (less than one-half percent) over, the previous year’s budget, resulting in lower per-pupil local revenues. Such situations occur in any district where enrollment increases outpace budget increases. Conversely, 20 districts with declining enrollments from fiscal years 2014 to 2015 had increasing per-pupil local revenues, despite declining or steady budgeted local revenues.
B Weighted ADM calculations are based on four reporting periods: 2nd month (12.5%), 3rd month (17.5%), 6th month (35%), and 7th month (35%).

For more interesting reading regarding maintenance of effort visit Comptroller.tn.gov.