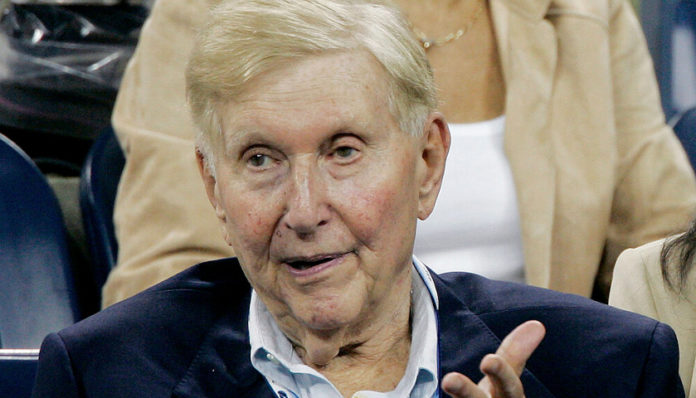 Sumner Redstone, who joined his family’s drive-in movie chain in the 1950s and used it to build a vast media empire that included CBS and Viacom, has died. He was 97.

Under his watch, Viacom became one of the nation’s media titans, home to pay TV channels MTV and Comedy Central and movie studio Paramount Pictures. ViacomCBS Inc., which he led for decades, remembered Redstone for his “unparalleled passion to win, his endless intellectual curiosity and his complete dedication to the company.”

Redstone built the company through aggressive acquisitions, but many headlines with his name focused on severed ties with wives, actors and executives. In multiple interviews, he said he would never die.

His tight-fisted grip on the National Amusements theater chain, which controlled CBS Corp. and Viacom Inc. through voting stock, was passed to his daughter, Shari Redstone, who battled top executives to re-merge the two entities that split in 2006.

The elder Redstone’s battles with his own family were as dramatic as his corporate maneuvers. Son Brent Redstone once sued his father to break up his media empire — then settled for a princely sum to give up his voting shares.

A lanky man with a thick Boston accent, Redstone often told interviewers that “content is king.” And he was right. Despite sagging TV ratings at Viacom, his vast shareholdings in Viacom and CBS led Forbes magazine to estimate his net worth at $4.6 billion.

Besides being ruthless, Redstone was known for dogged determination. In 1979, he survived a fire at Boston’s Copley Plaza Hotel by gripping a third-floor window ledge with his right arm still inside. He suffered third-degree burns over half his body, his right wrist was nearly severed, and he was told he would never walk again. But he eventually recovered, and was even able to play tennis by strapping the racket to his wrist.

“I intend to live forever!” he told Upstart Business Journal in 2009.

Born in 1923 in Boston, Redstone was the oldest son of Michael and Belle Rothstein, who changed the family name to Redstone.

Redstone graduated first in his class from Boston Latin School in 1940 and completed his education at Harvard in less than three years. He was selected to work on an Army intelligence team during World War II that cracked Japan’s military codes.

After three years in the Army, he went to Harvard Law School and became a partner at a Washington law firm. He gave it up to join his father’s drive-in movie business in 1954. Redstone grew it into a major chain of multi-screen movie houses.

The privately held company became the base for his media empire, and the source of all his family’s feuds.

He made a killing by trading in the stocks of Hollywood studios and in 1987 — the year he turned 64 — bought Viacom in a hostile takeover for $3.4 billion, most of it borrowed, ousting founder Ralph Baruch as chairman.

Critics said that a cable network based on music videos was doomed, but Redstone disagreed and rebuffed efforts from the company’s bankers to unload the fledgling MTV. Instead, he expanded its reach, bringing it into Europe, Asia, Latin America and Russia.

Redstone next went after Paramount Pictures, a four-year process that ended with a friendly offer from Viacom for $10 billion in 1993. He scooped up the Blockbuster video rental chain for its then-healthy cash flow, not knowing then that videotape rentals would collapse.

Viacom then swallowed CBS Corp. for $34.5 billion in September 1999, then the largest media merger until the AOL-Time Warner union came months later.

The deal brought Redstone together with CBS chief Mel Karmazin, another tough-talking executive from humble origins. By June 2004, Karmazin was out, later to become head of Sirius Satellite Radio Inc. CBS and Viacom were split into two public companies both under his control in 2006.

Another victim of Redstone’s rise: Tom Cruise, whose couch-jumping on “The Oprah Winfrey Show” and embrace of Scientology led Redstone to cut short a deal with Cruise and his production company.

“We don’t think that someone who effectuates creative suicide and costs the company revenue should be on the lot,” he told The Wall Street Journal in 2006. The two later patched things up ahead of the making of “Mission Impossible: Ghost Protocol.”

By 2010, Redstone’s hand in the business became unwelcome. He shepherded onto TV a show featuring a scantily-clad girl group, the Electric Barbarellas, over protests from within. The day it aired, MTV Networks CEO Judy McGrath resigned. Then he was scandalized further after reporter Peter Lauria made public a voicemail in which Redstone offered to bribe him to reveal the leaker of the story about his meddling.

Redstone was married and divorced twice — first to Phyllis Gloria Raphael, mother of his children — then to schoolteachers Paula Fortunato, a woman 39 years his junior.

In May 2015, he released a statement saying that after he dies, his ownership stakes in CBS and Viacom, through National Amusements, would be managed by a seven-person trust. The trust listed as trustees Viacom CEO Philippe Dauman, Shari Redstone, her son Tyler Korff and four lawyers. It is for the benefit of his five grandchildren.

Dauman and board member George Abrams were kicked out of the trust in May amid legal squabbling.

In late 2015, former companion Manuela Herzer sued Redstone after he kicked her out of his estate. The suit revealed a strange, secluded life in his Beverly Park mansion that included frequent demands for sex and steak.

The suit alleged Redstone was hospitalized numerous times in 2014, leaving him with a feeding tube, catheter and severe speech impediments. Herzer described him as a “living ghost.” A judge rejected the suit, but Herzer continued to pursue legal action against Shari Redstone, alleging criminal racketeering.

Shari Redstone was locked in a legal battle to merge CBS and Viacom. In May 2018, she sued CBS for trying to strip her of control in a series of maneuvers orchestrated by CBS CEO Les Moonves, who opposed the merger because it would be detrimental to non-Redstone CBS shareholders.

Her aim was reportedly to re-unite the companies and then sell them off or merge them with a third company.

Moonves was fired by the board after The New Yorker reported on allegations that he assaulted multiple women; Moonves denied the reports.

CBS and Viacom agreed to merge in 2019, undoing the split Redstone carried out 13 years earlier. National Amusements gave unanimous approval to the deal, with Redstone among the directors voting in favor.

About the Headline Photo: In this Sept. 7, 1999 file photo, Viacom Chairman Sumner Redstone smiles during the announcement of a merger between CBS and Viacom in New York. Redstone, the strong-willed media mogul whose public disputes with family members and subordinates made him a feared operator in Hollywood, died Wednesday, Aug. 12, 2020. (AP Photo/Suzanne Plunkett)

Sumner Redstone, who joined his family’s drive-in movie chain in the 1950s and used it to build a vast media empire that included CBS and Viacom, has died. He was 97.
Under his watch, Viacom became one of the nation’s media titans, home to pay TV channels MTV and Comedy Central and movie studio Paramount Pictures. ViacomCBS Inc., which he led for decades, remembered Redstone for his “unparalleled passion to win, his endless intellectual curiosity and his complete dedication to the company.”
The article Sumner Redstone, Who Built Media Empire Including CBS, Dies appeared first on Tennessee Star. 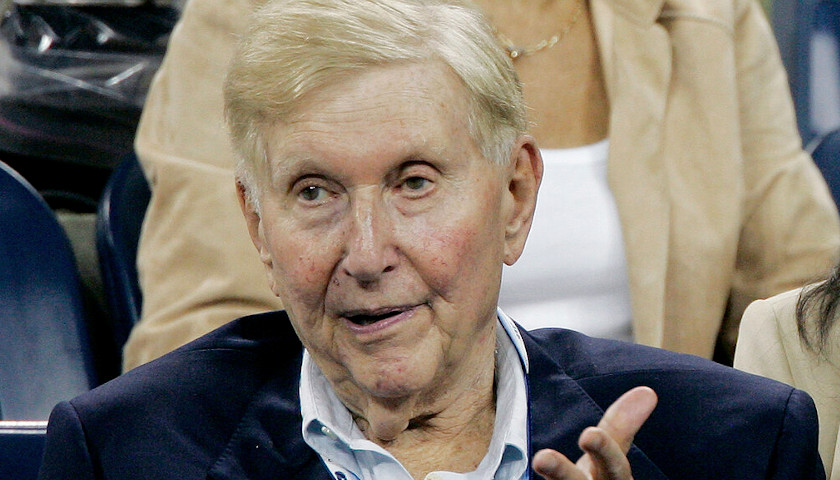