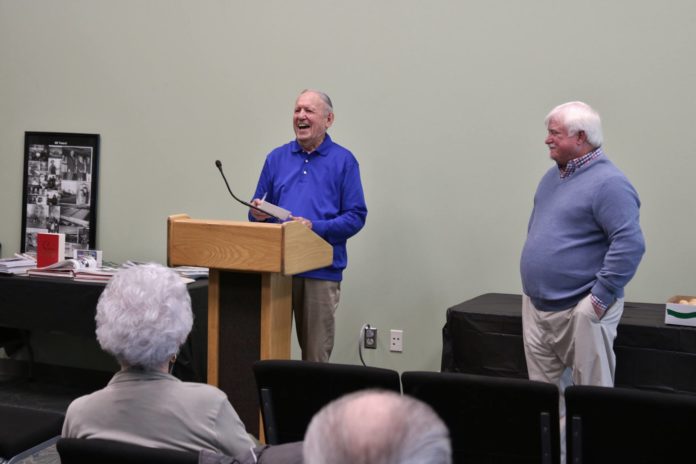 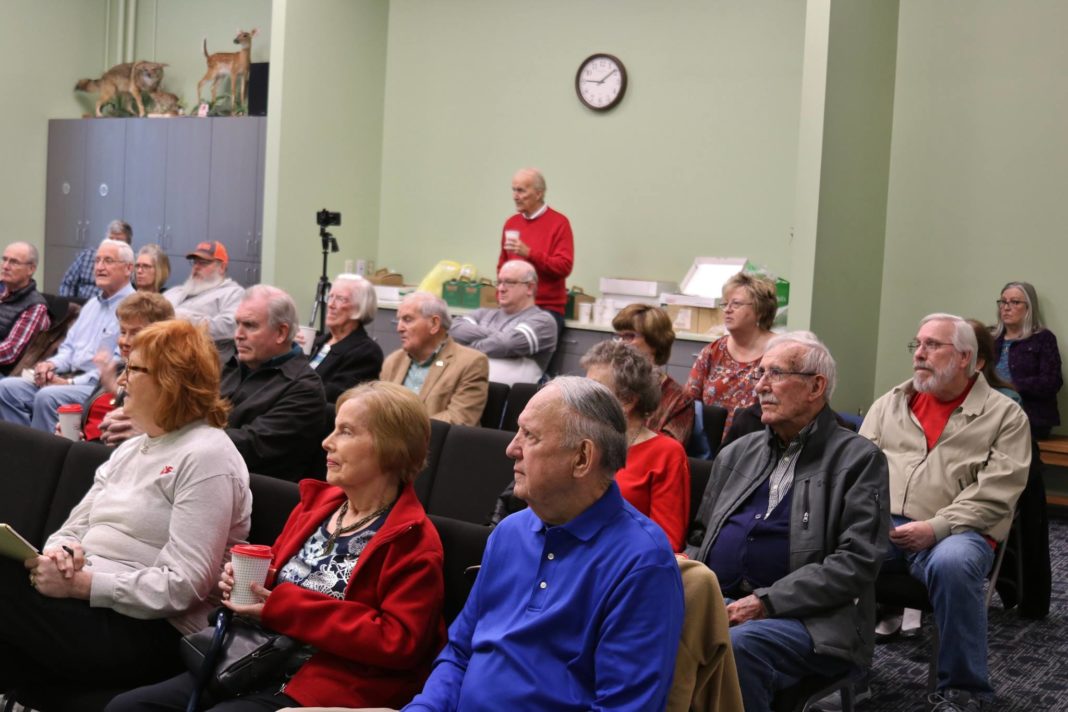 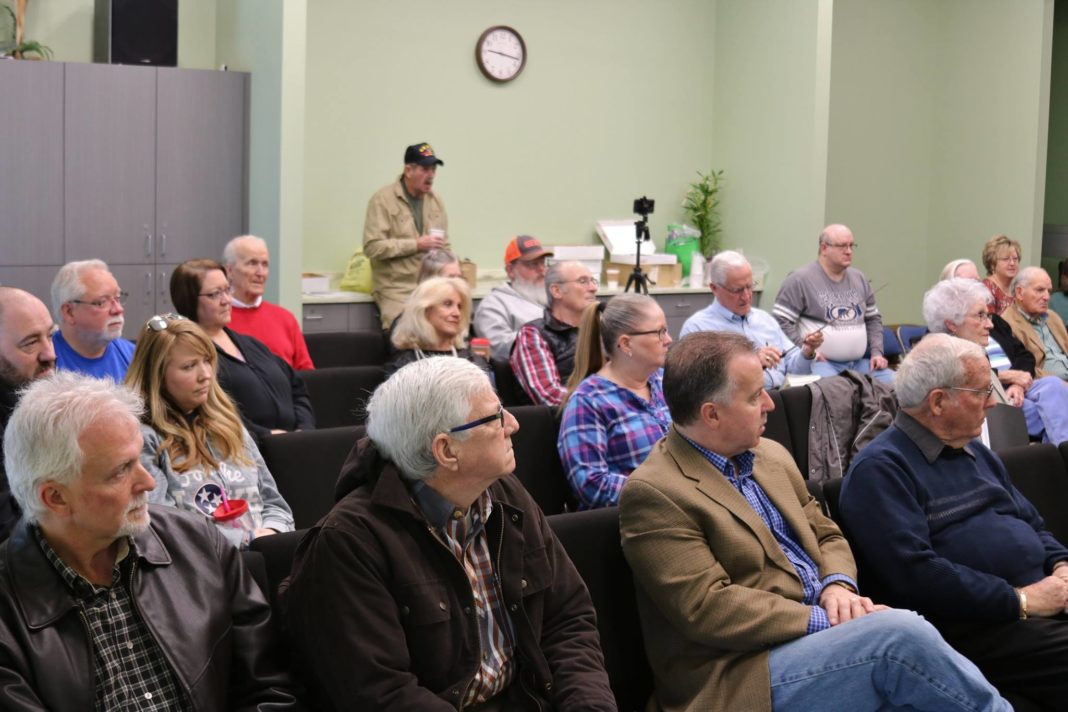 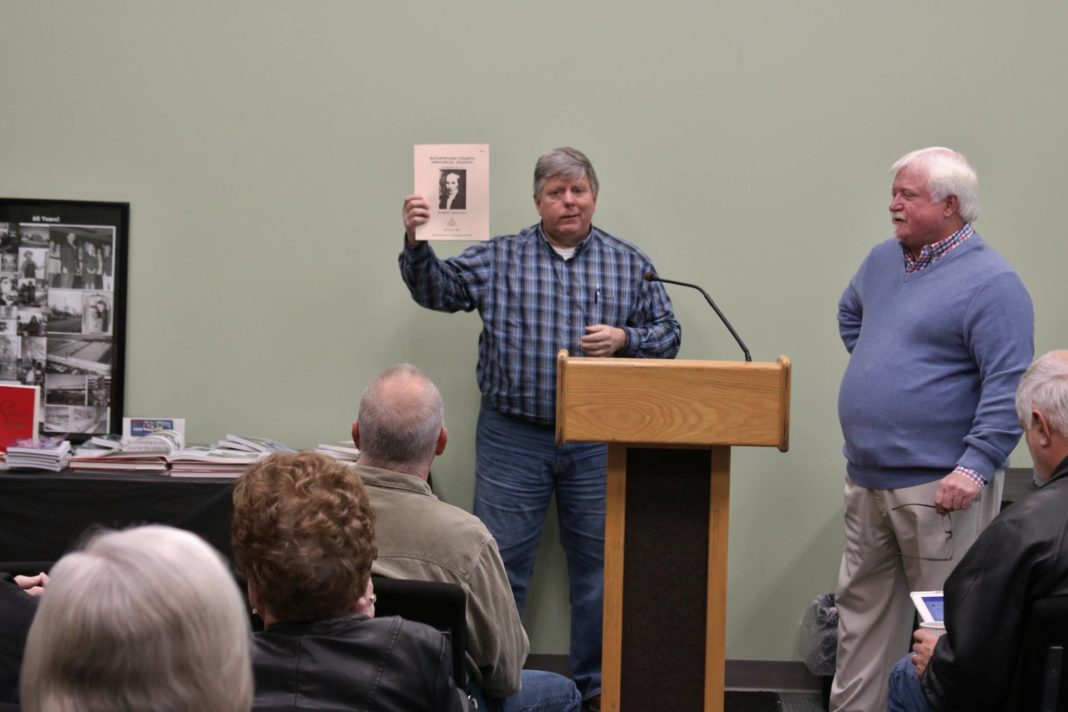 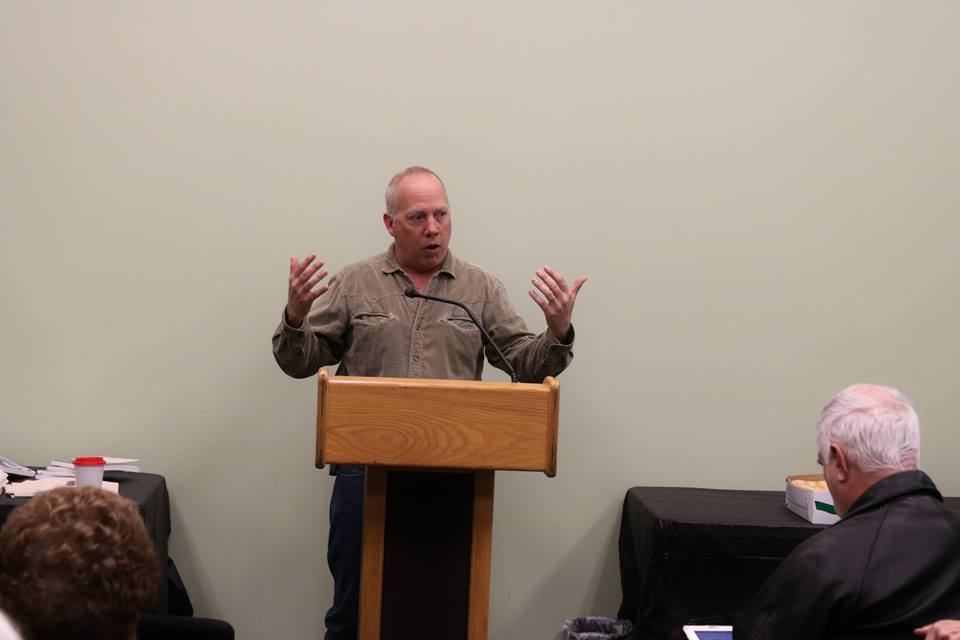 Local Smyrna resident Mitch Tinney started off the series with a discussion of his great-great grandparents, the Moore family and owning the farm located behind the former K Mart off Lowry Street. Mitch first moved to Smyrna when he was 7-years-old. Smyrna and Rutherford County residents may be familiar with Moore Avenue in Smyrna which runs between Captain Ds restaurant and Woodfin Funeral Chapel of Lowry Street. Mitch said the driveway to the old home was located on Mapleview Street. Many may be familiar with the road which goes across Harts Branch creek and connects to Sam Davis Road.  The road would often flood over in heavy rains. 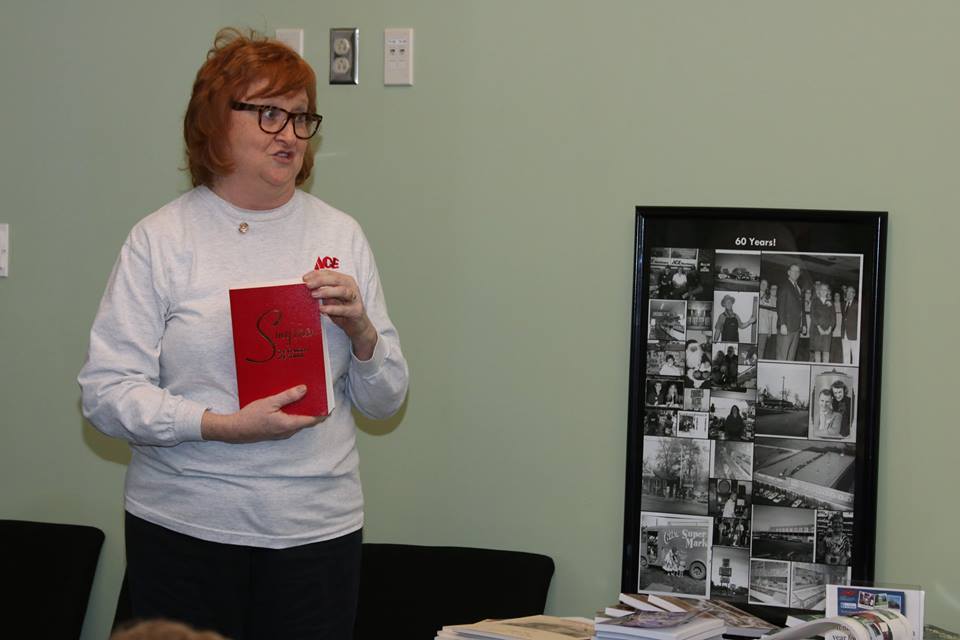 Speaker Ginny Williams, owner of Gils Ace Hardware and Smyrna’s first female councilman discussed the old Sewart Air Force Base and her father’s vision in constructing the original Gils Grocery store just outside of the former military base off Jefferson Pike and the old J.S. Young Road which is now known as Nissan Drive.

Francis Crick Victory-Oldham, who is 84-years-young was instrumental in helping to restore the Templeton Grove Cemetery located off of Florence road. She also discussed historic marker for the Enon Springs Meeting House and thanked all those involved including Trish and Dr. Bill Nash, Rutherford County Commissioner Robert Stevens, Marty Luffman, Sen. Dawn White, Rep. Mike Sparks and others for their involvment. She credited Smyrna Ready Mix owner Jeff Hollingshead with donating $4000 to help restore the old cemetary and thanked Smyrna officials and the U.S. Army Corp of Engineers. Several gathered last year in the 42-degree air in December of 2018 to celebrate a structure long forgotten except by the most enthusiastic local historians.

Photo of Frances Crick Victory-Oldham made use of her incredible energy and dedication to raise funds and place a marker from the Tennessee Historical Commission at the intersection of Smyrna’s Enon Springs Road and Florence Road. 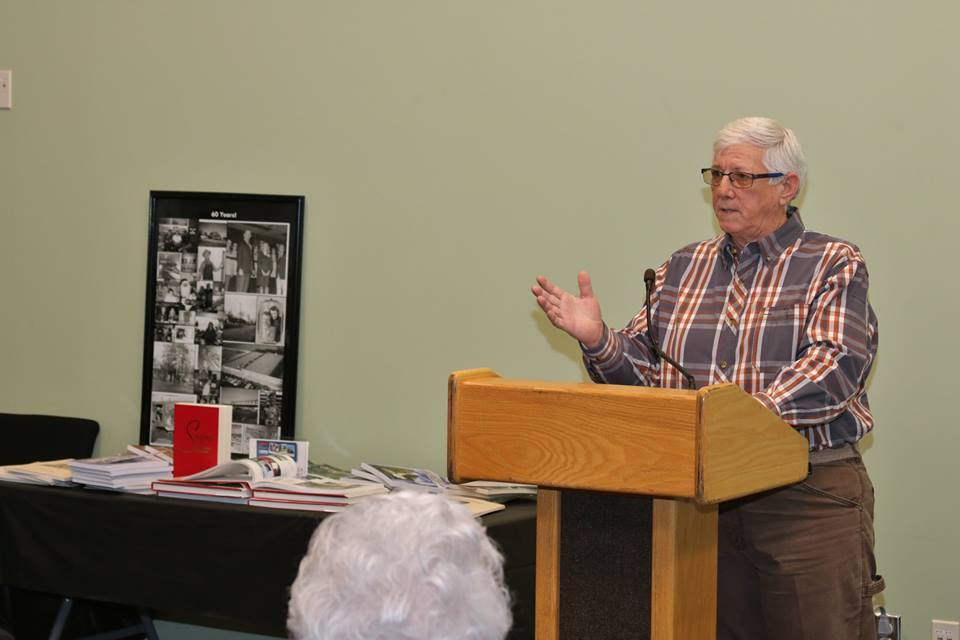 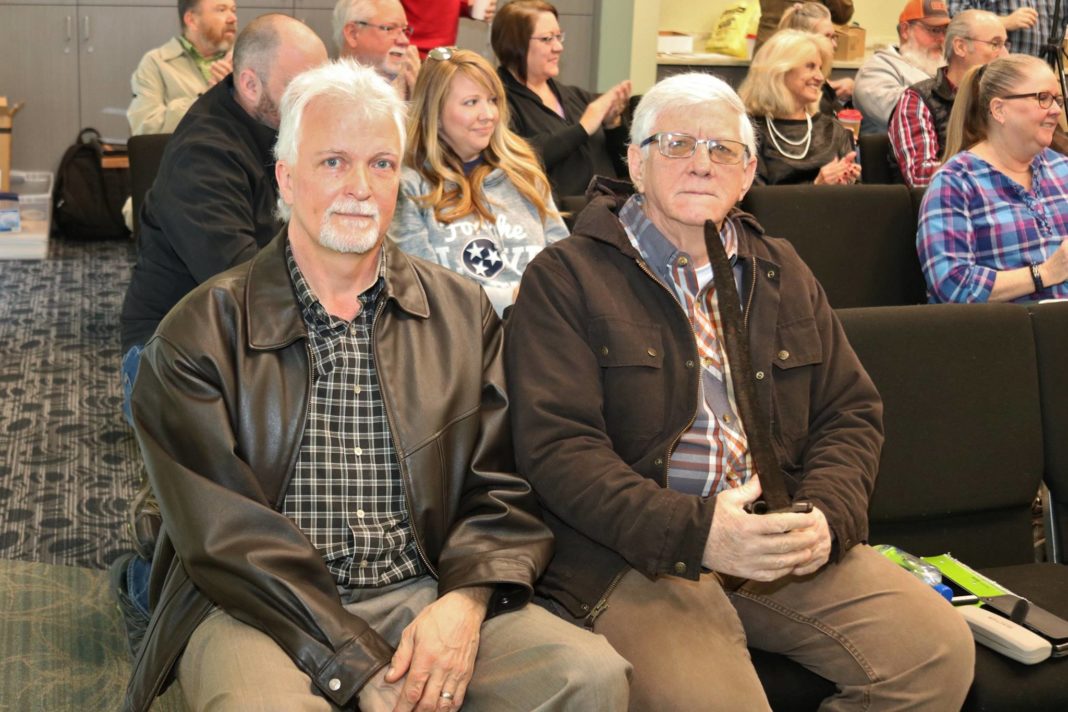 Local Smyrna history buff Greg Bowers spoke of his late father who was stationed at Sewart Air Force Base and the great times he had growing up in Smyrna when everyone knew everyone. “The Town of Smyrna has done an exceptional job with the Parks And Recreation Department and when I think of all the Parks we have now, it makes me thankful for the dedication that Tom Sage, H.G. Cole , and many others put in to it to make it what it is today. If we played basketball when I was growing up, it was in somebody’s driveway,” Bowers said.

Rutherford County Historian and author of four books Greg Tucker talked about the lack of truth when it comes to discussing history and that there is often a false narrative when it comes to stories of history, especially the story of General Nathan Bedford Forrest. “Do you know who was the forerunner of the civil rights movements? It was General Nathan Bedford Forrest,” Tucker said. 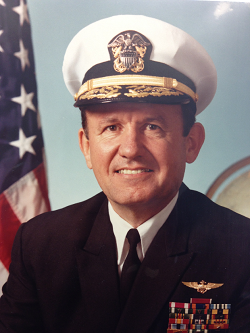 Smyrna resident and retired Navy Admiral Jimmy Tayler discussed his military experience and folks he had met over the years including George Bush senior and junior, Bob Hope, Elizabeth Taylor and others over the years.

Admiral Taylor talked about the United Nation’s visit in 1976 by the then Secretary-General of the United Nations, Kurt Waldheim, his wife and the Permanent Representatives (Ambassadors) of all member States of the United Nations.  The Nashville Chapter, in cooperation with The Honorable Ray Blanton, Governor of Tennessee, hosted the event, which, as stated by Governor Blanton, was “an act of friendship, hospitality and goodwill.”  He spoke of the great influence that Edward G. Nelson, President of Commerce Union Bank had on Tennessee and recruiting the Datsun Truck plant, what we know now as Nissan North America to our state with the direction of Governor Ray Blanton. 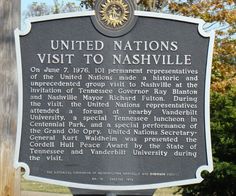 “This is an historic occasion.  For the first time the Secretary General and the Permanent Representatives to the United Nations visit the capital of one of the fifty states of the United States of America.

Through this meeting, the people of Tennessee acknowledge the common links of Americans with people throughout the world.  And the men and women who have come here, representing the governments and peoples of their nations, affirm their common destiny with us.  We live in an age in which our lives – indeed our hopes for peace, security and economic and social progress – have become increasingly intertwined.

The United Nations is both a symbol of our interdependence and our most universal instrument for common progress.  Through its work we seek worldwide cooperation on problems involving our security, world trade, food production energy, health, environment, use of the sea, transportation and communications.  These problems transcend national boundaries.

As a founding member of the United Nations more than 30 years ago, the United States remains firmly committed to the fundamental principles of the Charter – that peaceful cooperation should replace force and intimidation.  We believe that with good will, patience, and mutual understanding, we can work with others to shape a more peaceful, prosperous and humane world – in which all nations and people have a stake.

I would like to express my special admiration for Governor and Mrs. Blanton and for the people of Tennessee, whose hospitality and cooperation have made this historic visit possible. This is a welcome innovation in American diplomacy.”

The last, but not least of the speaker was James Patterson. James is a local civil war history buff, member of the Sam Davis Memorial Assocaition and member of the Sons of Confederate Veterans Camp #33.  James spoke of the historic raid on the Rutherford County Courthouse by General Nathan Bedford Forrest which saved the lives of many prominent civilians. Below is an article written by Mike West, editor of the Murfreesboro Post printed July 7, 2007. 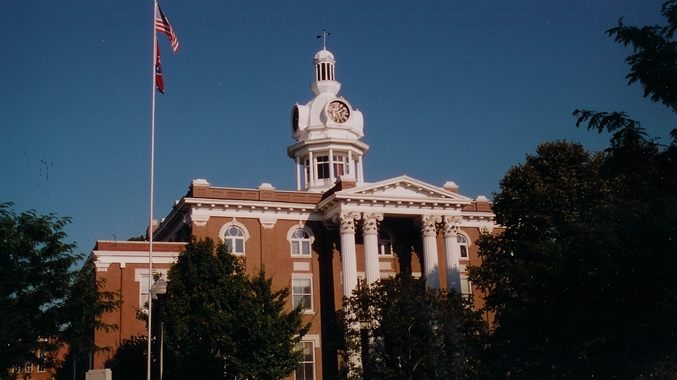 “Sunday, July 13, 1862 was an important day for “Murfreesborough.” Col. Nathan Bedford Forrest came knock, knock, knocking on the Rutherford County Courthouse door and liberated a number of citizens who were facing the hangman’s noose.

Everyone would like to thank Smyrna Town Manager Brian Hercules and Smyrna Parks Department Director Mike Moss for allowing the residents and speakers use of the beautiful Smyrna Outdoor Recreational Center. For more information on SORC visit:  https://www.townofsmyrna.org/departments/outdoor-adventure-center 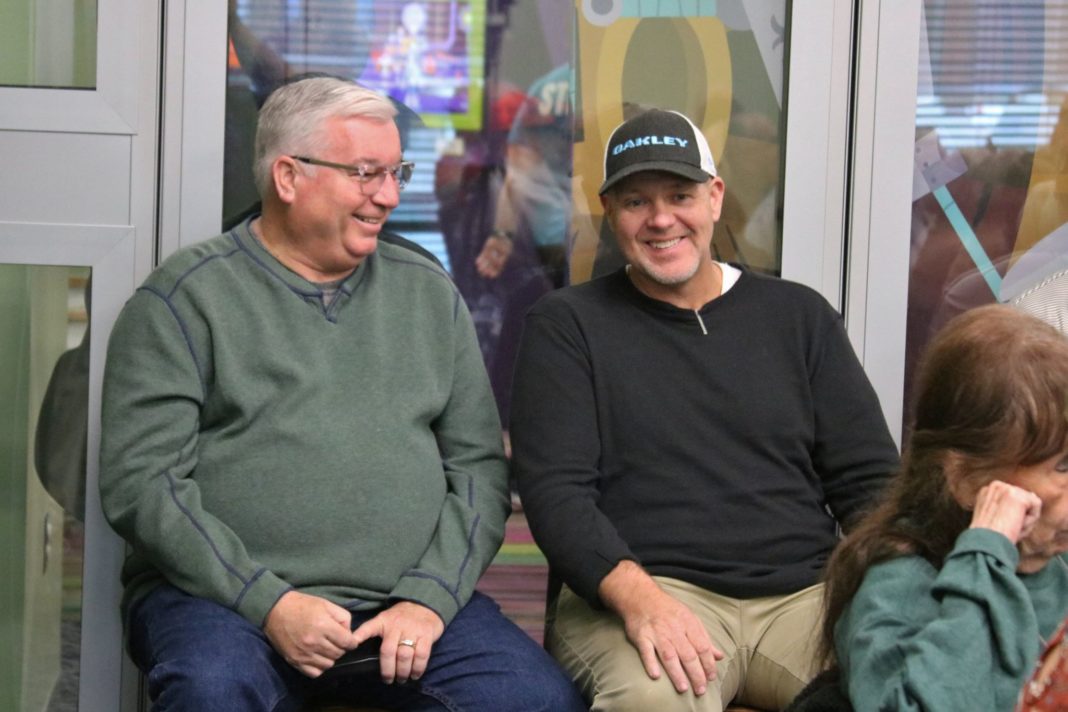