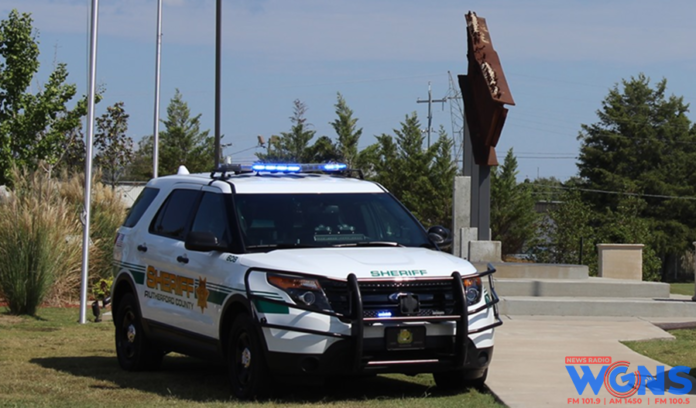 Editor’s Note: I often speak of strange coincidences in our lives—I definitely have my share of them. I believe these coincidences are in our lives for a reason.
Dr. Carl Jung, a Swiss Psychologist Carl Jung coined the term Synchronicity, a word used to describe seemingly coincidental, yet meaningful events in the he external world that do not have an obvious cause.
As for why do these coincidences happen, there are actually different theories surrounding the phenomena. Many experts believe that these coincidences are possibly a message from a higher spirit or being, trying to offer direction and help guide us. I tend to agree with their premise.
This morning I received a phone call from someone who wants to remain anonymous. I very much appreciated this person who has a law enforcement background who cared enough to call. I asked myself, “Why would they call me?” “Is there a reason for me being there and seeing this unfold?”
The irony is the issues of childhood trauma, domestic violence, drug addiction, increasing school counselor and social workers, as well as retaining and recruiting good police and correctional officers are issues that I hope to impact as a state legislator.

Deanna Michelle ‘Missy’ Bockes, whose body was found Wednesday afternoon, said Sanford Police Major Vincent Frazer. Brent James Bockes, Deanna’s husband was wanted for murder of his wife, robbery and theft of a car. The family had a hearing with Tennessee Department of Children’s Services. I wasn’t sure of what I could do, but simply show up and listen to their story as well as law enforcement and speak to DCS employees and social workers.

It was a real blessing to see how ‘firsthand’ these Rutherford County Deputies, Corporal Travis, Deputy Smotherman and detective Austin Mobbs compassion to help this family during a crisis. Sadly, these stories are seldom told. I know that journalists do care—but unfortunately these positive instances don’t seem to make headlines, sell newspapers and get online views.

A North Carolina man wanted for killing his wife and leaving with their 3-year-old daughter Wednesday was arrested by Rutherford County Sheriff’s deputies and Murfreesboro Police at a motel tonight in Murfreesboro, authorities said.

Brent James Bockes, 50, of Sanford, N.C., faces charges of first-degree murder of his wife, Deanna Michelle Bockes, whose body was found Wednesday afternoon, said Sanford Police Major Vincent Frazer. He is also wanted for robbery and theft of a car.

Sheriff’s Cpl. William Travis said deputies and Murfreesboro Police located Bockes and Riley after they were involved in a crash about 8 p.m. Wednesday on Interstate 24 near Joe B. Jackson Parkway and South Church Street.

Riley was not harmed, Travis said. Deputies are caring for her while trying to contact family members.

Deputies checked the license plate number and learned it was the same car mentioned in the amber alert.

“The suspect was responsible for the motor vehicle collision and fled with the child,” Travis said. “Deputies and Murfreesboro Police utilized K9s to conduct a track for Bockes.”

Murfreesboro Police Sgt. Stephen Luker reported K9 Officer Cody Shanabarger with his partner, Beau, and another K9 Officer Oliver Goddard assisted with the track from the crash scene as both RCSO deputies and MPD officers attempted to locate the suspect.

The suspect was possibly seen at the Wyndham Hotel on Westgate Boulevard.  Officers were advised he went towards the Select Inn.

Luker said Officer Cary Ridiner and deputies saw the suspect and child at the Select Inn coming from the stairwell and took the suspect into custody.  The child went with a deputy to the lobby for her safety and EMS was called to check them due to the crash. K9 Officer Shanabarger and Beau tracked directly to this location as well.

Travis said Bockes was charged with being a fugitive from justice. He will be held at the Rutherford County Adult Detention Center.

The Interstate Compact on the Placement of Children (ICPC) is a statutory agreement between all 50 states,

Biden to Visit Kenosha on Thursday After Blasting Trump for Visiting...