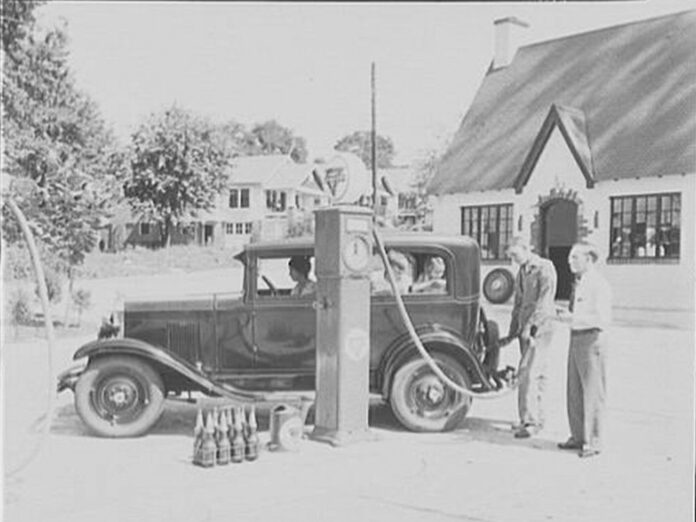 As we grow older, we often long for the past. It has been said that Nostalgia is a bittersweet yearning for the past. It’s sweet because it allows us to momentarily relive good times; it’s bitter because we recognize that those times can never return.

My friend Zuheir Abdullah, also known as “Z”, the owner of Auto World of Smyrna in Smyrna, Tennessee, acquired an old ESSO gas station a few years ago. Smyrna residents know the old station as Larry Lee’s Exxon. Larry, who many were friends with has since passed away. Z’s old gas station is what inspired me to write this story.

Let’s take a nostalgic road trip down memory lane and visit a few old gas stations. During the 1950s and 1960s, as car ownership increased, gas stations began cropping up across America. These stations provided drivers with a place to fill up their tanks, fueling the car culture that was taking hold in the country. From bustling urban areas to rural towns, nearly every American had the opportunity to partake in this new way of life and the rise of the gas station was an integral part of it.

I’ve always been fond of old filling stations. The first drive-in gas station in the world opened on East Liberty’s “Automobile Row” on December 1, 1913, at the intersection of Baum Boulevard and St. Clair Street. Since 1905, American motorists had been able to pump their own gas at filling stations, which were essentially just a pump at the curb.

Standard Oil of New Jersey became Exxon. The Esso fuel brand, which once dotted the American landscape, and related products were identified in the 1930s as trademarks of Standard Oil Co. of Indiana, a separate business that the New Jersey entity could not use. “A significant change in the public’s perception of the marks Standard Oil… and the mark Esso,” Exxon Mobil Corp. claimed in a court action filed in mid-December to regain access to the fuel brand.

ExxonMobil has gone through a number of changes and mergers over the years, starting with the formation of Standard Oil Company in 1870 and culminating in the merger of Exxon Corporation and Mobil Oil Corporation in 1999 to form ExxonMobil. 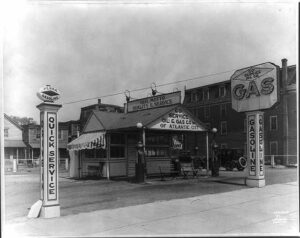 The old ESSO Company has used a number of different brand names and logos over the years, including Esso, Enco, and Humble, as well as various advertising campaigns featuring memorable icons and slogans. Despite these changes, ExxonMobil has remained one of the largest and most successful energy companies in the world. 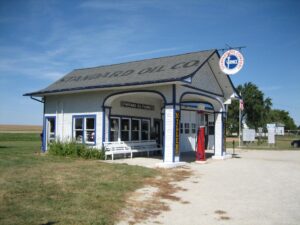 The tiger was often depicted as a friendly and helpful guide, helping people navigate their way through various situations and offering suggestions on how to save money on fuel. The use of the tiger mascot was particularly popular in Europe and Asia, where it helped to build brand recognition and establish Esso as a trusted and reliable provider of gasoline and other petroleum products.

Incorporated at Bartlesville in 1917, the Phillips Petroleum Company was headquartered there for eighty-five years. In 2002 Phillips, Oklahoma’s then-largest company, and Conoco, Inc., merged to become ConocoPhillips and relocated to Houston, Texas. 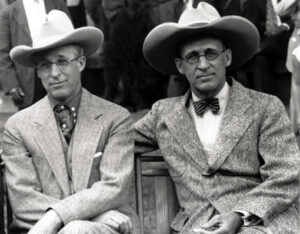 This new, international, diversified energy firm is presently the third-largest integrated energy company, and the second largest refiner, in the United States.

The history of Phillips Petroleum Company illustrates the development of the U.S. oil industry. The company began in Bartlesville with the exploits of two brothers, Frank (1873–1950) and Lee Eldas “L. E.” (1876–1944) Phillips, who both entered the oil business in 1903. In September 1905 they drilled their first gusher, the Anna Anderson Number One, located northwest of Dewey in the Cherokee Nation, Indian Territory, on land leased from an eight-year-old Delaware Indian girl. The brothers continued to develop oil property, but they became increasingly attracted to banking. First, they organized the Citizens’ Bank and Trust in Bartlesville and then purchased the Bartlesville National Bank, merging the two in 1911. Banking’s relative stability, compared to the volatility of the oil business, motivated the brothers to switch to banking in 1915. After the outbreak of World War I, however, the oil business began to boom, and they reconsidered their decision. They consolidated their oil holdings and incorporated the Phillips Petroleum Company on June 13, 1917. The new enterprise had assets of about $3 million, twenty-seven employees, and operations in Oklahoma and Kansas.

Harry Sinclair founded the Sinclair Oil Company on May 1, 1916. He was a pharmacist from Independence, Kansas who got involved in the trading of oil leases. 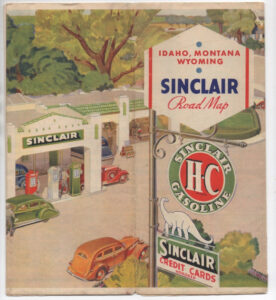 The company quickly became one of the largest in the country and served 90% of mid-America with its second largest pipeline. Sinclair Oil was the 10th largest American company as a result of the pipeline. Sinclair also launched a successful advertising campaign in the 1930s featuring a green dinosaur to promote its products. The company continued to prosper and expand its product offerings in the 1940s and 1950s. However, in the 1960s, Sinclair faced a 15-year low in earnings and prices. 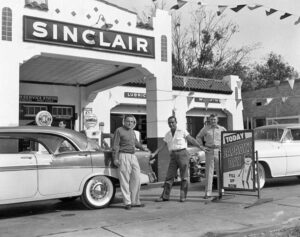 The company was acquired by the Pan American Sulfur Company in 1972 and later by the Earl Holden Company. Sinclair Oil celebrated its 100th anniversary in 2016.

Teachers of the Year honored at Smyrna’s Wings of Freedom Fish...