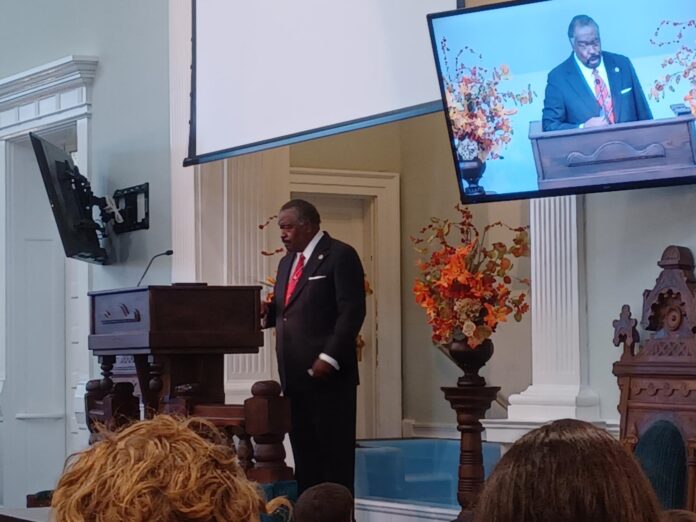 Both Rutherford County and the state of Tennessee are very rich in history. The recent visits by former Tennessee State Representative John DeBerry of Memphis at both World Outreach Church and East Main Church of Christ were refreshing during the current times we live in.

John DeBerry’s discussion was titled “Troubles and Trials in America.” His speech reminded me of President Ronald Reagan’s “A Time for Choosing” and Dr. Martin Luther King Jr.’s “I’ve Been to the Mountaintop” speeches.

Being a fan of local history, DeBerry’s visit to Murfreesboro’s East Main Church of Christ was unashamedly nostalgic and very enjoyable. I didn’t realize how much history the church held until Rutherford County Commissioner Pettus Read shared a story with me about some of the church history.

In an article about the church’s past, local historian Susan Harber wrote that “an enlightening chapter in East Main’s history includes Federal troops worshipping at East Main, including James Garfield, the future president, who attended every time services convened. 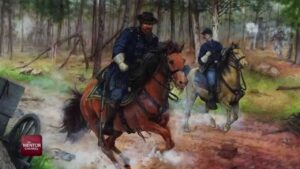 He sat at the front and actively participated by rendering several sermons and leading singing. He would leave his gun and sword on the pew when he was in front of the congregation, and this caused a sensational interest among members, especially children. As a gift, Garfield later sent the church a communion set of a silver decanter and four silver goblets.”

DeBerry, who once marched with the late Dr. King and was in the audience during his King’s famous “Mountaintop” speech. DeBerry is no doubt a man of strong conviction for the Gospel, his country and caring for his fellow man. One could argue that DeBerry was one of the strongest voices not just for African-American — but for all Americans during his 26-year tenure in the Tennessee General Assembly. Unfortunately, the Tennessee Democrat Party disagreed and orchestrated a ‘nefarious scheme’ to remove him from the ballot.

The Tennessee Democratic Party voted to remove the Memphis lawmaker from their primary ballot in August 2020.  As a result, the legislator hit back at the party, saying it no longer valued a diversity of ideas, according to an article from Tennessean.

DeBerry, who represented House District 90 in Shelby County, had come under fire from fellow Democrats for voting with Republicans on issues of education choice and life of the unborn.

“The so-called party of inclusion is everything but inclusive,” DeBerry told the newspaper at the time.

“It’s all about thinking with one brain, marching in step and following the company line, sitting there like a brainless idiot and letting them tell you what to do.”

What the Tennessee Democrat Party meant for evil, God meant for good. After the party’s unprecedented suppression of Memphis voters’ ability to elect their representative, Governor Bill Lee hired him as one of his senior advisors.
Ironically, DeBerry’s voice is now stronger than ever. Also his salary went from $24,316 yearly to $165,000 — possibly the ‘haters’ who are astute at math can tell me how much of a salary increase that is.

I was glad to have John DeBerry and Pettus Read on the Rutherford Magazine Show on WGNS last Sunday evening. 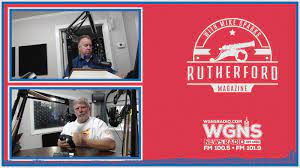 To listen to the podcast visit: https://bit.ly/3yuhM5M.

I would like to thank Pastor Allen Jackson of World Outreach Church, Jon Mitchell of East Main Church of Christ and their staffs for inviting John to speak. The kindness and warm welcome by both churches to John and myself was a renewal for hope and southern hospitality. If you’re new to Rutherford County or middle Tennessee and looking for a church then you might want to consider visiting them. Just a heads up though. If your into clapping and saying ‘Amen’ you might want to stop by World Outreach. East Main Church of Christ in beautiful and very traditional—I happen to have loved both services and plan on going back and visiting them.

With America’s current crises like 40-year record high inflation, soaring gas and food prices and even a potential nuclear “Armageddon,” which according to President Biden is at the “highest risk since 1962,” Americans could use more straight talk from men like John DeBerry.

Please consider hosting John DeBerry to speak to your church, NGA or civic group. I will add his contact information later today.

The healing power of music—Researchers are turning to music as treatment...