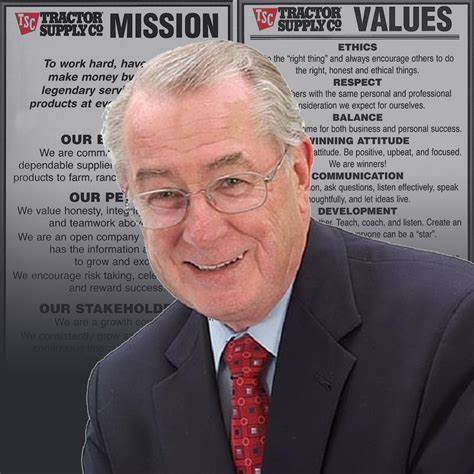 In a leadership role you probably have more power than you realize. So use it judiciously. Heed President Teddy Roosevelt’s advice from more than a century ago: “Walk softly and carry a big stick.” Never use the sheer power of your leadership position if you have a softer alternative.

In fact, the most respected leaders conduct business using as little direct power as possible. Your employees already know you’re charge; you have the power to set direction, conduct performance reviews, and to hire and fire.

So there’s really no excuse for micro managing or being overbearing in your relationships. This is particularly important when you are in your first leadership role because you only have one shot to set the tone. Leaders who exercise more power than is absolutely necessary often alienate people they need most — their team.

Setting direction. Your real power comes in your ability to set the right direction for your organization and then to sell your vision to your team. Corporate leadership may set your goals for you; or you may set your own. More likely it is a combination. Either way, your job is to define and build a plan that sets clear direction for the organization.

The most effective plans are easily understood, clearly measurable and regularly reportable to everyone involved. When your business plan is in good shape, has been reviewed by key people and is ready to go, only then it is time to move on to the next step — selling it.

Communicating the plan. Most people anxiously await your plan because it’s part of their livelihood. Your role as a leader is to define, explain and sell the plan. Keep it simple, avoiding unnecessary technical terms. Speak intentionally and repeat yourself more than you think you need to. It usually takes time and discussion for people to grasp the plan. Deliver your talk as frequently as necessary and leave plenty of time for questions and discussion. The more thoroughly the plan is understood the better the execution.

When plans involve change, which most do, you can expect some degree of anxiety on the part of the folks impacted. The greater the degree of change the more of your time you may need to devote to communication.

Dealing with conflict. Part of your role as a leader is dealing with differences of opinion. Sometimes disparities can evolve into serious conflict, which you are also obligated to resolve. Listen carefully, discuss the issues and try not to show favoritism. Sometimes the resolution is easy and sometimes you simply have to make a decision among two or more options.

Act prudently. If you move too quickly you may create additional tension, but if you act too slowly your people may see you as weak. These are times when a good mentor can help guide you down the best path.

Staying calm. Leaders know how to keep their cool — no matter what. You don’t want to be in a situation where you panicked under pressure and made a bad decision that must be rescinded later. When in doubt, take more time.

I learned this on the job. On one memorable occasion I became so emotional about a particular topic that I spouted off instead of keeping my mouth shut. I should have slowed down, reflected and not acted on emotion. My solution? Take a 30-minute walk. You may find, like me, that you return with a very different perspective. Another idea: Sleep on it. When you’re upset or under pressure, do not make a major decision without at least one night’s space. It can work wonders.

Remember, as a leader you have a lot of power. So use it responsibly.

leadership roles with Tractor Supply Company most of it as President and Chairman. Today Joe is engaged in teaching and writing about leadership, working in the family foundation and striving to improve Tennessee.

In 1982 Scarlett played a key role in the initiative to return the company to profitability through improved customer service and focused product selection as part of a classic leveraged buyout. He was instrumental in developing the company culture which today is admired and often copied.  In 1994 Joe led the successful effort to take the company public.

Tractor Supply Company was honored by Forbes as one of the “Best Managed Companies in America” and Scarlett was recognized as Ernst & Young’s Southeast Entrepreneur of the Year. Joe also served twenty years on the board of the nation’s largest retail trade organization, including four as its chairman.

Barrett Vows to Interpret Laws ‘as They are Written’