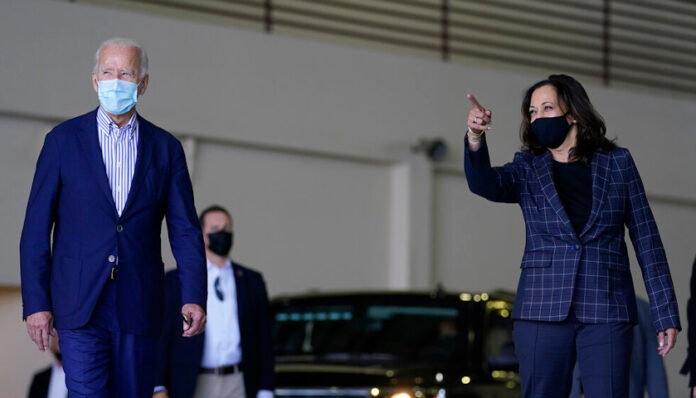 Joe Biden’s presidential campaign said Thursday that the 77-year-old candidate had no exposure, though he and Harris spent several hours campaigning together in Arizona on Oct. 8, when the two people were on a flight with Harris. Both candidates have tested negative for COVID-19 multiple times since then, and Biden’s campaign said he tested negative again on Thursday.

It’s the Biden campaign’s first major coronavirus scare, after months of careful health procedures that brought mockery from President Donald Trump, even after a White House virus outbreak that included the president and first lady Melania Trump. The Democratic campaign’s cautious reaction underscores again the differences in how the rival camps have approached the pandemic, both in terms of preferred government response and the candidates’ personal protocols.

Harris’ travel suspension interrupts the Biden campaign’s aggressive push across a wide battleground map, including North Carolina and Ohio, the next two states Harris was scheduled to visit.

Biden aides see Harris, the first Black woman on a major party presidential ticket, as a key part of its outreach in North Carolina, where increasing Black turnout is key to the Democrats’ hopes of flipping the state. She had been scheduled to travel to the state Thursday for events encouraging voters to cast early ballots.

Her Friday trip to Cleveland would have been her first to Ohio as the vice presidential nominee and would have taken her into the metropolitan area with the state’s largest concentration of Black voters.

As the Biden campaign curtailed Harris’ activities, Trump was on the road again to North Carolina, where his entourage continued was seen again ignoring public health experts’ recommendations to prevent COVID-19 spread. Among the president’s maskless entourage was Hope Hicks, whose coronavirus diagnosis became the first public disclosure of a White House outbreak.

“Neither of these individuals had any contact with Vice President Biden, with Sen. Harris or any other staff member since testing positive or in the 48-hour period prior to their positive test results,” O’Malley Dillon said, adding that under CDC guidelines there was no need for quarantining.

But O’Malley Dillon said Harris would suspend travel for several days “out of an abundance of caution.”

Harris followed up in a statement saying that “both the crew member and the staff member were wearing N95 masks at all points they were near me, and our doctors believe that we were not exposed under CDC guidelines.”

She also pledged to be “transparent with you about any test results that I do receive. In the meantime, remember: wear a mask, practice social distancing, and wash your hands regularly. It is possible to stop the spread.”

Harris and Biden spent several hours together on Oct. 8 through multiple campaign stops, private meetings and a joint appearance in front of reporters at an airport. They were masked at all times in public, and aides said they were masked in private, as well, including on all flights.

Harris has had two tests since then, most recently on Wednesday, O’Malley Dillon said.

Biden will attend an ABC News town hall on Thursday airing live at 8 p.m. EDT, and he will proceed with his planned travel Friday and through the weekend.

O’Malley Dillon said all campaign staff members on the Oct. 8 flight have been tested at least twice since then. All tests have been negative, she said.

The campaign became aware of the positive tests Wednesday night, O’Malley Dillon said. Harris already this week had opted to attend virtually the Senate Judiciary Supreme Court confirmation hearings for Amy Coney Barrett, rather than in person after some of her GOP Senate colleagues tested positive for coronavirus or disclosed their exposure to others who had tested positive.

Biden’s campaign has taken the coronavirus seriously, drawing mockery from Trump and Republicans, even as the White House deals with the fallout of its virus outbreak.

The Democratic ticket’s campaign events are socially distanced and require participants to wear masks. Staff often set chairs inside white plastic circles to denote six feet of distance. During a recent indoor speech at a North Carolina event for Harris, reporters were given and asked to wear KN95 masks.

Trump, meanwhile, openly defies recommendations about social distancing and masks. His Sept. 26 announcement of Supreme Court nominee Amy Coney Barrett featured a largely maskeless crowd seated side-by-side in the White House Rose Garden. Dr. Anthony Fauci, the government’s top infectious disease expert, has since dubbed the announcement a “superspreader” event. The president and his White House also have been less forthcoming with details of the outbreak. Trump announced his diagnosis via Twitter only after media reports that Hicks had contracted the disease. And even as the president was hospitalized and released, his physicians and top White House aides gave conflicting reports of his condition and his testing timeline, including whether he might have been contagious on Sept. 29, when he and Biden were on stage together for more than 90 minutes during their first presidential debate.

Kamala Harris, the Democratic vice presidential nominee, will suspend in-person events until Monday after two people associated with the campaign tested positive for the coronavirus.
Joe Biden’s presidential campaign said Thursday that the 77-year-old candidate had no exposure, though he and Harris spent several hours campaigning together in Arizona on Oct. 8, when the two people were on a flight with Harris. Both candidates have tested negative for COVID-19 multiple times since then, and Biden’s campaign said he tested negative again on Thursday.
The article Harris Suspends Travel After Staffer Tests COVID-19 Positive appeared first on Tennessee Star. 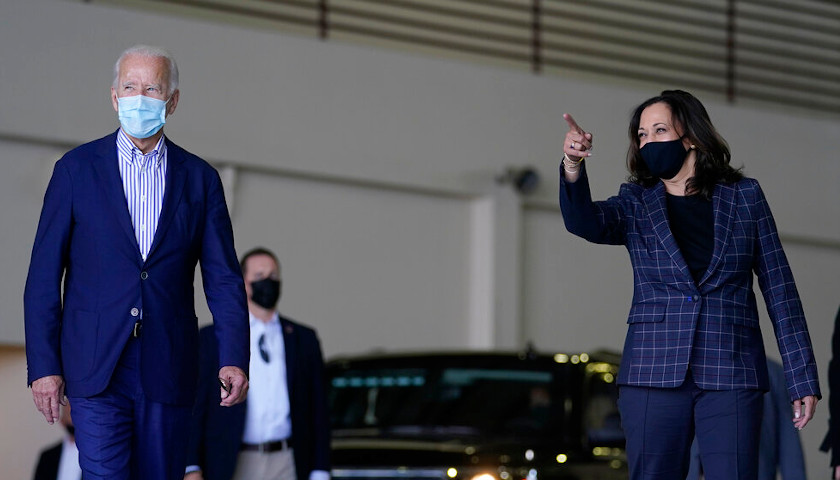 ‘The Swamp’: Debate Commission Packed with Trump Critics from Both Parties

Pew: At Least 17 States Have Drawn from Their Rainy Day...