Genuine Parts Company will create 250 jobs over the next five years.

Construction on the Lebanon facility is essentially complete and was initially operational in September 2020. The build-out of the internal operations remains underway and will continue for several more months. The new Wilson County facility will supply auto parts to approximately 300 NAPA AUTO PARTS stores.

Since 2015, TNECD has supported 21 economic projects in Wilson County, resulting in approximately 3,000 job commitments and more than $816 million in capital investment.

“As our economy continues to recover, major investments like this from Genuine Parts Company are even more vital for our state. I’d like to thank such a storied company for investing in Wilson County and being part of our efforts to get Tennessee’s economy back on track.” – Gov. Bill Lee

“TNECD remains committed to supporting private investment and job creation in Tennessee. Now more than ever, Tennesseans need access to high-quality job opportunities, and I thank Genuine Parts Company for its significant investment in Lebanon. Alongside recent job announcements, the creation of 250 jobs here in Wilson County will play an important role as our economy recovers.” – TNECD Commissioner Bob Rolfe

“We were pleased to open our newest U.S. Automotive distribution center in Lebanon in September. This operation is a 325,000-square-foot distribution center equipped with systems and efficiencies to enable high productivity and the service of over 300 NAPA stores. We appreciate the tremendous support of everyone involved in this project, including TNECD.” – Dan Mueller, SVP, Global Supply Chain, NAPA/ U.S. Automotive Parts Group of GPC

“TVA and Middle Tennessee Electric congratulate Genuine Parts Company on its decision to expand operations and create new job opportunities in Wilson County. Helping to facilitate job creation and investment in the region is fundamental to TVA’s mission of service and we are proud to celebrate this announcement with our partners, the Joint Economic and Community Development Board of Wilson County and Tennessee Department of Economic and Community Development and wish Genuine Parts Company continued success in the Valley.” – John Bradley, TVA senior vice president of Economic Development

“Wilson County wishes to express its appreciation to NAPA officials, the State of Tennessee and to all members of its economic team who have worked diligently to make this announcement possible. We believe the addition of an international recognized industry such as NAPA further validates the many locational, business and quality of life advantages found in our community. Wilson County and our cities look forward to many years of mutual success and growth.” – Wilson County Mayor Randall Hutto 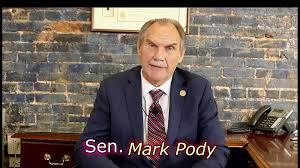 “We are very excited and honored that Genuine Parts Company has chosen Lebanon for its new facility. We continue to attract top companies to Wilson County and are thrilled this facility will add 250 new jobs here. Wilson County is not only a great place to do business but is a great place to live and raise a family. I appreciate the work done by our local officials, Governor Lee, and Commissioner Rolfe to secure this significant investment in our communities and am honored to partner with them in making our state the best location in the U.S. for new jobs.” – Sen. Mark Pody (R-Lebanon) 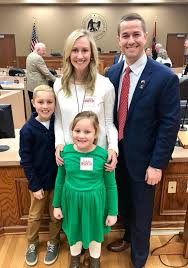 “This expansion demonstrates the strength of Tennessee’s automotive manufacturing industry and the talented workforce available in Wilson County. These 250 jobs will create a significant boost for our local economy. I congratulate our local officials and economic development leaders for their role in bringing this new investment to our community.” – Rep. Clark Boyd (R-Lebanon)

Joe Scarlett: The Power of Leadership

Excerpts from Gov. Bill Lee’s 2021 State of the State Address

Joe Scarlett: The Power of Leadership