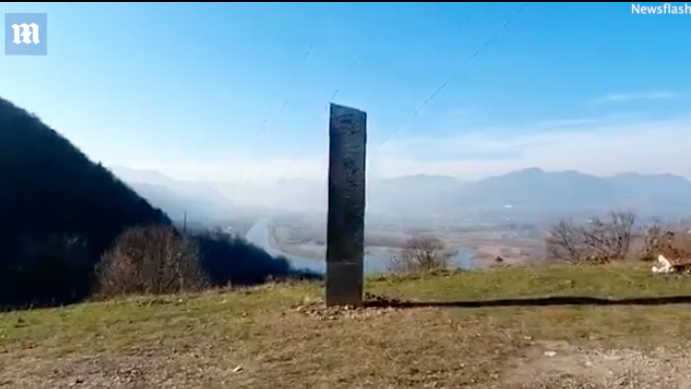 When the movie “2001: A Space Odyssey” was released in 1968, one of the defining images was the monolith, first showing up in a prehistoric desert, never to be seen after its initial appearance.
The second monolith in the film was found on the moon, and was nine feet tall, four feet wide and one foot thick, perfect squares of the numbers one, two and three.
I often wondered what happened to that initial monolith. Both the movie and book seemed to say the artifact was indestructible. If so, is it still buried in the African desert somewhere, or did the aliens come back and remove it?
Or have the aliens sent a new monolith? And if so, what is its purpose?

A few weeks ago there appeared in a national park in the Utah desert, a large monolith. No one seems to know how it got there, no one has taken credit for it.
Now, guess what: the Utah monolith has disappeared. Park police have no idea where it went, referring all questions to the local sheriff, who has been mysteriously quiet about the affair.
No one knows how the monolith got there, with no apparent clues as to its arrival, and no one seems to be able to explain how it disappeared, unnoticed.
Some people are claiming it was a work of art, but the prime candidate for the sculptor died several years ago.
The new monolith is, or was, some 10 feet tall, and made of either stainless steel or aluminum, with a hollow interior.
Obviously, the dimensions don’t match, but the hollow interior reminds me of the third movie monolith, the one found in orbit around Jupiter. According to astronaut David Bowman, it was hollow an