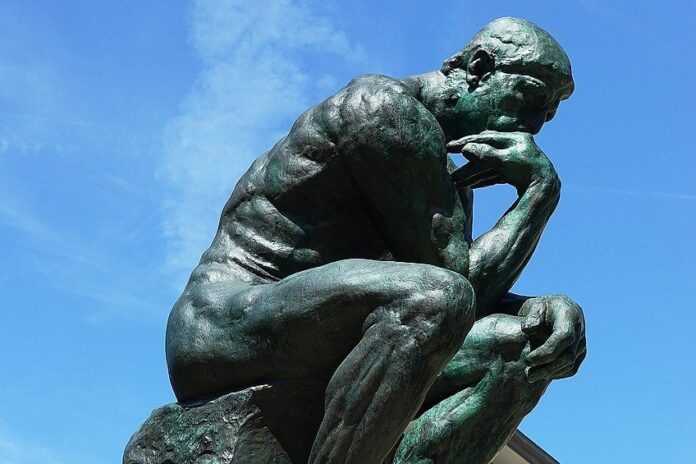 I attended a couple of conferences last week, and there was, unfortunately, one recurring theme in both: the lack of critical thinking skills in today’s youth. And this criticism cuts across all fields, not just those whom we tend to think make their livelihoods by writing.
Of more concern was that today’s students cannot seem to make connections between their various life experiences, and to shape their thinking into a coherent whole.

For example, one conference participant, an advertising executive, was chagrined to find that many applicants for jobs at his agency cannot make any connection between advertising and international financial concerns.
Another panelist noted that many people today can see no relationship between poverty and illiteracy.
All of the participants seemed to agree that much of the fault for this situation can be laid with American entertainment and American news.
Entertainment today generally provides us with simplistic solutions to complex problems.
After all, when was the last time you watched a television program in which a problem developed and wasn’t solved in a matter of hours?
When was the last time you watched a crime movie that really discussed the causes of crime?
The news media does it to us also. We see stories in isolation, wrapped up in nice, neat little packages, with carefully orchestrated beginnings, middles and ends. And then we move on to the next story, isolated from the rest of the world.
What this has done is to make what we call “instant gratification” the norm.  If we can’t solve problems in the next few minutes, then it’s just too much trouble, and we go on to something else.
We have Cliff’s Notes and Classics Illustrated so we don’t have to read books any more, and we have Internet news sites, which jump from problem to problem to problem with little or no context or explanation.
But like humanity in general, events do not exist as islands separate from each other.  And it is to our loss that we too often think they do.
I’m Larry Burriss.