Quick, can you name the only Disney main character who doesn’t talk? Did you say “Rover”? If you did, take a bow. Oh, wait, you don’t recognize or remember a character named Rover? Well that’s because in 1931 Walt Disney abruptly changed the name of the character to the name of a newly discovered planet, Pluto.
Why did he do that? Well, the story goes that Disney wanted to capitalize on publicity surrounding the discovery of what in 1930 was a planet, but in 2006 was demoted to “dwarf planet” status.
And that got me thinking about Disney’s involvement in other science projects.
Remember the 1957 Disney film, “Our Friend the Atom”? Now I’ll admit the film was a bit over the top in predicting the benefits of nuclear power. But the history and science were pretty accurate. I can still remember the room filled with mouse traps, each holding two ping pong balls, that illustrated a chain reaction.
Also in 1957 Disney released “Man in Flight,” a history of aviation. Again, the history and scientific theory were spot on. But, predictions about super jumbo jets and space flight were, again, very much overly optimistic. 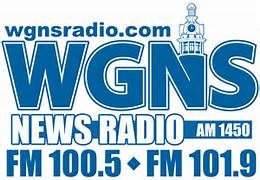 Perhaps the most exceedingly expectant science project was a 1955 two-part series “Man in Space” and “Tomorrow the Moon.” Long before 1968’s “2001: A Space Odyssey,” Disney was predicting space planes and routine travel to the moon with self-sufficient lunar habitats.
Years before Bill Nye the Science Guy, and the late Carl Sagan, Disney was popularizing science, technology and engineering, what some 50 years later was to become known at all levels of the education system as “STEM,” Science, Technology, Engineering and Math.
The 1950s were a time of unbridled optimism in science and technology, and Disney certainly rode that wave. And it’s too bad the future hasn’t developed quite as he predicted.
I’m Larry Burriss.

Lucky strike: US man wins $2 million from a lottery ticket—for...

Former Memphis Rep. John DeBerry who was removed from ballot by...