According to the Tennessee Bar Association’s website, the group Citizens for Limited Government and Constitutional Integrity, also known as Tennessee Stands, and two individuals are suing Tennessee and Gov. Bill Lee over his decision to let counties issue certain orders during the COVID-19 pandemic, the Associated Press reports. Lee is named as the defendant in the suit which claims a state law dealing with the governor’s powers during an emergency violates sections of the Tennessee Constitution, including provisions about the separation of powers. The suit specifically targets an executive order Lee issued last month allowing 89 of the state’s 95 counties to decide whether or not to require face coverings in public. The remaining six counties already had that authority under a previous order from Lee. Lee has called the mask option for local governments a “targeted approach” that “ensures we protect both lives and livelihoods and safely keep our economy open in Tennessee.” 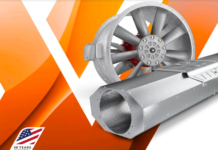