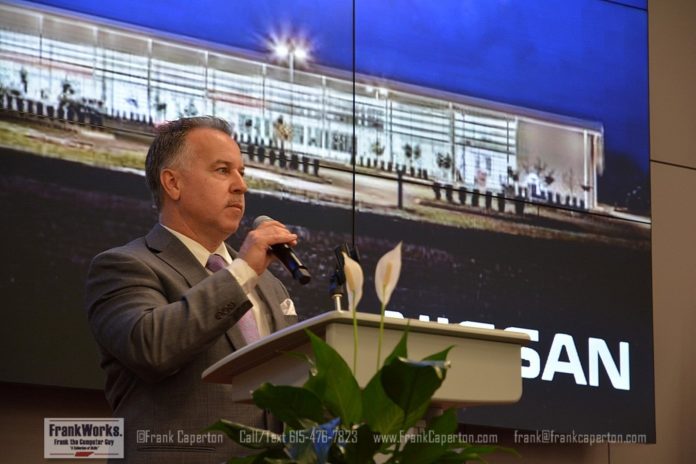 Editor’s Note: This article is republished from the Nashville Business Journal written by J. Holly Dolloff on April 3, 2005.

For eight years, Mike Sparks had a solid career at Nissan North America, the kind that, for many people, represents the American Dream.

But Sparks had another version of the American Dream in mind.

“He had a good job at Nissan but it didn’t seem to quench his thirst,” says Bob Spivey, Smyrna mayor and a Sparks mentor. “He’s an entrepreneur, willing to try everything. He’s determined to be successful.”

“As a kid, I knew I wanted my own business,” he says. “I thought about a motorcycle shop; I played with Matchbox cars all the time.”

Sparks has managed to unite his passion for autos – the Smyrna native sold his first car at 16 – with his entrepreneurial drive.

MidTNAutos.com is no garden-variety used-car business. Customers can purchase from Sparks’ modest lot in Smyrna but about 60 percent buy via Internet orders.

Sparks is grateful for Nissan’s role in his personal development: The company provided tuition reimbursement for his business administration studies at Middle Tennessee State University.

Still, he says, “I just knew I had to leave or I’d be stuck doing something I didn’t enjoy every day.”

In 1998, Sparks bought a red Jaguar convertible, restored it, sold it online, and made more money from the car’s sale than a month’s regular salary.

“That clued me in that I was on to something,” he says.

Sparks sought advice from Dan Miller, personal-coach author of “48 Days to the Work You Love,” whom he met through acquaintances at church.

Miller was impressed with Sparks’ drive. “He had such a clear plan and it’s been born out by his success,” says Miller. “I sit back and watch in awe of what he’s doing.”

When Sparks registered the domain name MidTNAutos.com, he initially faced resistance from the Tennessee Department of Motor Vehicles.

“They said, ‘You can’t do this because it’s never been done,'” he says, with a touch of disbelief even four years later. “It was common sense that the Internet was going to blossom – I don’t look at us as super cutting-edge.”

In addition to his own Web site, Sparks advertises by piggybacking on other sites such as TruckTrader.com and Ebay.com. It’s one of the methods enabling him to pass thousands of dollars of savings per car on to his buyers, many of whom are also paying hefty shipping charges.

“Probably the most unique sale was the guy from Czechoslovakia who bought two Jeep Cherokees,” says Sparks. Recently, he shipped a 1973 Porsche to Costa Rica and has even sold an experimental airplane. He’ll also do customized searches for clients with a particular model in mind.

Sparks mostly purchase autos that have been repossessed by banks or are trade-ins. He looks for bargains – “I have to buy cheaply if I’m going to sell it cheaply” – but says he doesn’t scrimp on quality, thoroughly checking autos and making improvements before putting them on the market.

Sparks is frugal with operations, too.

“You don’t see a lot of salesmen running around here,” Sparks points out. His team of five includes his wife, Felicia, and a part-time mechanic.

His office is in a small, ranch-style building he bought for $82,000, and he sublets the back portion of the building to a dog groomer to recoup some of his costs.

Sparks says his biggest challenges are time management and overcoming negative images about the car business. Of the former, he says his Nissan experience is coming in handy.

“From Nissan, I learned to constantly improve and be more effective,” says Sparks. “We’re learning to streamline a little more.” 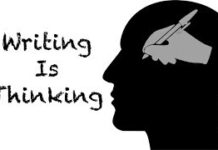 How Writing Improves Thinking: a Simple Guide for Anyone and Everyone