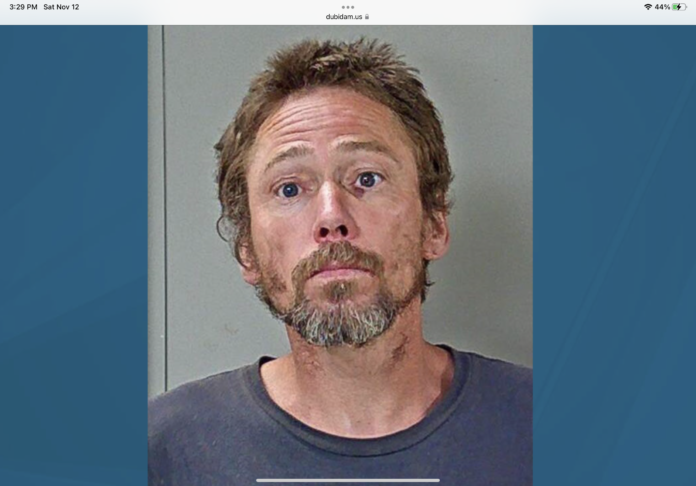 A convicted felon was charged after he allegedly assaulted two residents inside their home and led deputies on a pursuit before being apprehended Thursday, Rutherford County Sheriff’s deputies said.

James David Warner, 52, of Richland-Richardson Road was charged with three counts of assault, two counts of burglary, felony endangerment with a vehicle, evading arrest and theft of property.

“He had to be stopped,” Kauffman said. “We had to get him into custody.”

Patrol Sgt. James Holloway reported deputies responded to a call of residents returning to their Woodbury Pike home to find a man they didn’t know inside.

“When they advised him they were calling the police, he punched the female in the face twice and cut the male on the hand with a knife,” Holloway reported.

The suspect ran away. Deputies launched drones and called a Murfreesboro Police K9 unit to search for the unidentified man.

While searching, dispatch received a 911 call from residents on nearby Woodcraft Road where an unidentified man entered a home. While responding, Holloway met a man matching the description of the suspect speeding in an SUV toward Woodbury Pike.

Deputies pursued the driver on Woodbury Pike to Rutherford Boulevard and onto Halls Hill Pike. The suspect turned onto West Trimble Road where he clipped a civilian’s car and kept traveling. No one suffered injuries.

Warner drove through a yard and crashed into a fence disabling the SUV.

An off-duty Murfreesboro Police officer who was at the scene pursued Warner and detained him until deputies arrived.

“During the detainment, the suspect punched the officer in the face,” Holloway said.

Tennessee Highway Patrol Trooper Eddy Burns charged Warner with leaving the scene of an accident and not showing due care.

Warner has a lengthy criminal record including theft, drug offenses and evading arrest. He is being held in Rutherford County Adult Detention Center on an $80,000 bond. A hearing is set Dec. 15 in General Sessions Court.