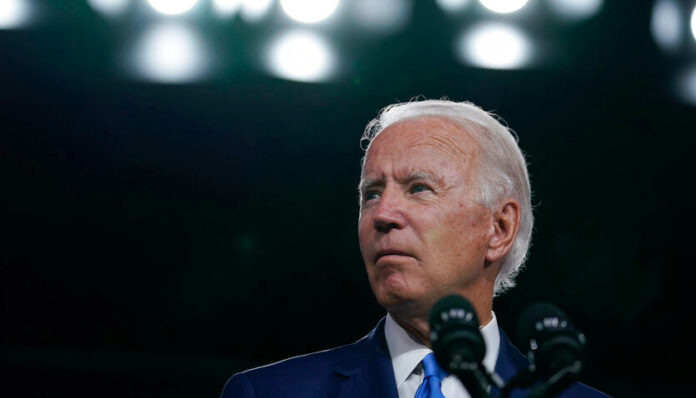 by Bill Barrow and Will Weissert

MILWAUKEE, Wisconsin (AP) — Democratic presidential nominee Joe Biden began a visit to the battleground state of Wisconsin on Thursday by meeting with the family of Jacob Blake, the Black man whose shooting by a white police officer sparked days of sometimes violent and destructive protests.

Biden’s trip to Kenosha, the first of his general election campaign against President Donald Trump, is testing his pitch that he’s a unifying figure, able to lead the country through a national reckoning with systemic racism along with the pandemic and its economic fallout.

Traveling two days after Trump visited Kenosha, Biden is expected to follow his private meeting with a public discussion later Thursday with community representatives in a city still reeling from Blake’s shooting and the protests that followed.

Biden did not take questions as he left his plane after arriving in Milwaukee, but he has said that the trip is an effort to help Wisconsin and the nation heal.

“This is about making sure that we move forward,” Biden told reporters Wednesday. He added that he’s “not going to tell Kenosha what they have to do” but instead encourage a community to “talk about what has to be done.” Among those in Thursday’s meeting with Biden were Blake’s father, Jacob Blake Sr., his siblings, and one of his attorneys, B’Ivory LaMarr. Blake’s mother Julia Jackson and another attorney, Ben Crump, joined by phone. Blake remains hospitalized after being shot seven times in the back by a white Kenosha police officer as authorities tried to arrest him.

In the past, Blake Sr. has posted many anti-semantic and racist messaging on his social media accounts, according to Breitbart. Some of Blake Sr.’s comments have included the phrase “cracker jew” and calling Black Trump supporters “young black coons.” Furthermore, his social media show that he is a supporter of Louis Farrakhan.

Two months before Election Day, the trip presents Biden both opportunity and risks, testing his longstanding promise that he can “unify the country” and find consensus even where it’s not readily apparent. The approach is an intentional contrast with Trump, who thrives on conflict. The distinction has sharpened over a summer of nationwide protests. Most have been peaceful, but some of them, as in Kenosha, turned violent and destructive.

Biden is a white man propelled to the Democratic nomination by Black voters. Since the May 25 death of George Floyd, a Black man killed by a white Minneapolis police officer, Biden has called for an overhaul of U.S. policing and embraced a national conversation on racism. The significance of the moment was a factor in Biden selecting California Sen. Kamala Harris as the first Black woman to join a major party presidential ticket.

Trump, meanwhile, has countered with sweeping condemnations of protesters, an absolute defense of law enforcement and denials that Americans with black and brown skin face barriers that whites do not — moves aimed at his overwhelmingly white political base.

The president pressed his “law and order” mantra during his own Kenosha trip Tuesday. He toured damaged buildings and discussed ways to quell unrest with law enforcement officials. Trump was greeted by supporters who occasionally mixed with — and yelled at — Black Lives Matter organizers.

“These are not acts of peaceful protest but, really, domestic terror,” Trump said.

Despite repeated questions from reporters, the president refused to address racism in the country or its police departments. Instead, he asserted anew that a Biden presidency would bring riots and destruction to American cities. Trump falsely claims that Biden backs violent protests and activists’ calls to “defund the police.”

“The president was there earlier in the week as the president of the United States. Vice President Biden is there today as a candidate, as a political candidate,” Stepien told “Fox & Friends” on Thursday “This is not the time to be injecting politics into a really serious situation that president helped solve. I think it very very clearly points out the contrast between the president’s leadership and the people in Vice President Biden’s party who are encouraging violence in the streets.”

In fact, Biden has repeatedly denounced violence, from a June 2 speech after Floyd’s death up to a Monday address that his campaign quickly turned into a one-minute digital and television ad. The campaign has spent $45 million for the spot, which has English and Spanish language versions, to circulate on national cable networks and in local markets across Arizona, Florida, Michigan, Minnesota, Nevada, North Carolina, Ohio, Pennsylvania and Wisconsin.

Yet the ad’s necessity highlights Biden’s tightrope as he discusses the complexities of the moment while running against a president whose brief political career — and his business career before that — has been defined by loud absolutes.

Biden on Wednesday repeated that “to engage in violence — burning, looting, the rest — in the name of protesting is wrong. And that person should be held accountable for their actions.” But he stood by First Amendment guarantees that “protest is a right.”

He also praised law enforcement, saying “the vast majority of police officers are good, decent honorable women and men. They put on that shield every morning. They have a right to go home that night safely — the vast majority.”

Good officers, Biden said, “want to get rid of the bad cops more than anybody else does, because it reflects on them.”

He stands by his proposals to overhaul policing — not to “defund the police”— but to require local forces to agree to certain best practices to get federal funding and to invest more in services, such as mental health counseling, intended to ease social problems that fall to police to handle, sometimes with violent consequences.

Biden noted that he’s “gotten overwhelming support from law enforcement my whole career,” alluding to endorsements from police unions as a U.S. senator and as vice president. But it was Trump who featured police union leaders and the relatives of fallen officers at his presidential nominating convention. And it was Biden on Wednesday calling for a “full investigation” into police shootings and saying the officers who shot Blake should be charged with a crime.

To a large degree, Biden has asked for the difficulty of campaigning on nuance, if not defined his candidacy that way.

He’s the center-left establishment figure who is too conservative on universal health, college tuition assistance, climate action and taxation for his party’s ascendant — and loud — left flank. But he’s moved far enough to the left that many Republicans still hammer him as a radical. He’s the old police union ally now embracing the Black Lives Matter movement, the septuagenarian white man leading a racially diverse party that gets most of its votes from women.

Biden previewed Wednesday how he believes he can make that work in Kenosha and, if he defeats Trump, in the White House.

“There’s been so many fissures exposed as a consequence of what’s happened that people are now realizing, ‘My Lord, I didn’t know people in that circumstance didn’t have that kind of help. I didn’t know,’” he said. “What an enormous opportunity to bring the country together.”

Democratic presidential nominee Joe Biden began a visit to the battleground state of Wisconsin on Thursday by meeting with the family of Jacob Blake, the Black man whose shooting by a white police officer sparked days of sometimes violent and destructive protests.
Biden’s trip to Kenosha, the first of his general election campaign against President Donald Trump, is testing his pitch that he’s a unifying figure, able to lead the country through a national reckoning with systemic racism along with the pandemic and its economic fallout.
The article Biden Meets Jacob Blake’s Family to Start Wisconsin Trip appeared first on Tennessee Star. 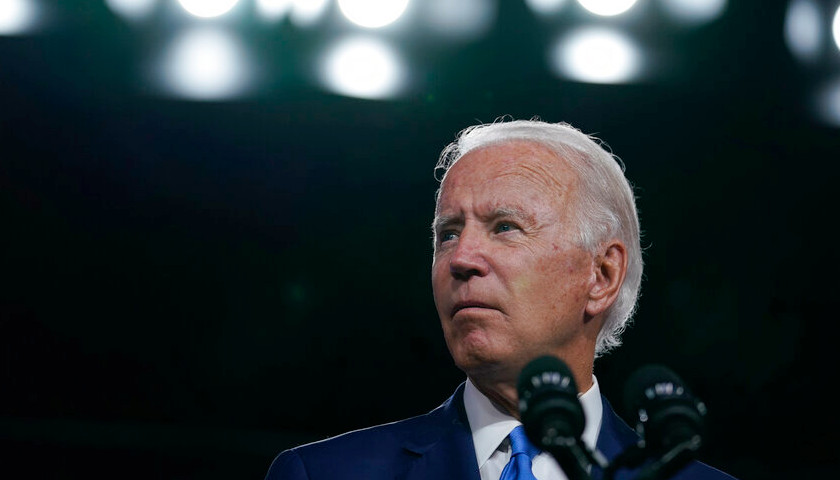