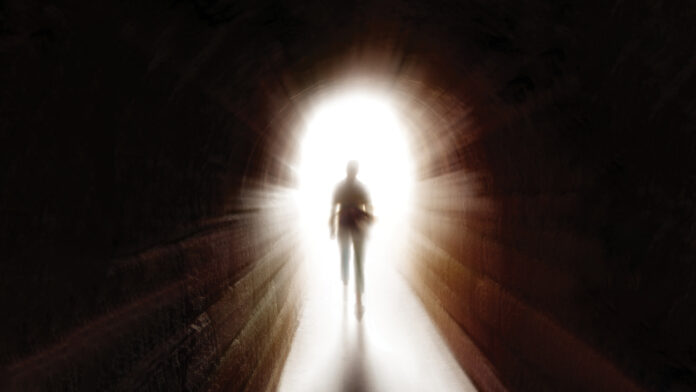 Publisher’s Note: My wife Felicia and I have been taking care of my 91-year-old Scotch-Irish mother Patricia for about 6 years. My step father Dr. William ‘Bill’ Chance passed away back in 2017. I was very fortunate to have a stepfather who was a strong man of faith and an encourager for me. I had walked into the assisted living facility where he was and hospice was there and within a few minutes my mother, who was sitting next to him, had looked over and yelled “Bill, Bill, Bill” and he was no longer breathing. He would have turned 90 within two days.

For anyone who has taken care of aging parents or someone disabled you know it’s no easy task. I’ve picked up much respect for caregivers, nurses, CNAs and physicians the past few years. Last month my mother fell, broke her hand, injured her hip and can no longer walk on her own. Two weeks ago the physical therapist recommended hospice to come in and assist us in her final days, weeks or months.

Taking care of my mother inspired me to do some research on near death experiences. My wife has been the best caregiver a mother-n-law could ever ask for. The care is far better care than any nursing home could ever offer, especially at the high cost of $200-$300 each day.

My mom has always been a strong believer and it gives me a sense of peace knowing that she is ready to go.
Last year my mother had a dream. I often use the scripture in John 14:1 when I see someone makes a Facebook post about a relative passing away.

“Do not let your hearts be troubled. You believe in God; believe also in me. 2 My Father’s house has many rooms; if that were not so, would I have told you that I am going there to prepare a place for you? 3 And if I go and prepare a place for you, I will come back and take you to be with me that you also may be where I am. 4 You know the way to the place where I am going.”
Jesus the Way to the Father
Thomas said to him, “Lord, we don’t know where you are going, so how can we know the way?”
Jesus answered, “I am the way and the truth and the life. No one comes to the Father except through me. If you really know me, you will know my Father as well. From now on, you do know him and have seen him.”

I was telling my mom about Mrs. Tomlin (Tim Tomlin’s mother) who had passed away the day before. My mom and I have known the Tomlin family for roughly 47 years. My mom responded “That’s strange, because I had a dream about Mrs. Tomlin last night and she was standing in front of a beautiful home and it was under construction. I also saw Darlene standing there as well next to her.

Darlene was my older step sister who had passed away about 10 years ago. She was Mrs. Tomlin’s former daughter-n-law and the mother-n-law of Jennifer Tomlin, Greg Tomlin’s wife—my nephew.

I posted that scripture John 14:1 on Jennifer Tomlin FB post when she posted that Mrs. Tomlin passed away. It was only a few hours later mom my mentioned her dream.

Many will simply call that a ‘coincidence’… I call it ‘confirmation.’

According to Christian Medical Fellowship, near death experiences are surprisingly common, have standardised features, and are difficult to explain on the basis of drugs, endogenous endorphins, hypoxia, hallucinations or in terms of upbringing or culture. Recent research has led support to the belief that consciousness out-survives the brain, prompting speculation about the existence of an afterlife. But, even if NDEs do provide knowledge about the supernatural, Christians need to measure their content against the teaching and ‘real death’ experience of Jesus Christ to ensure they are not being deceived. Unlike personal experience, Jesus’ words are fully trustworthy, and we need to advise patients and colleagues accordingly. God can speak through dreams, visions and visitations but the Bible warns of the dangers of relying on this form of revelation; spirits need to be tested.

I was moving headfirst through a dark maelstrom of what looked like black boiling clouds. I felt that I was being beckoned to the sides. That frightened me. Ahead was a tiny dot of bright light that steadily grew and brightened as I drew nearer. I became aware that I must be dead…I rushed greedily forward towards this light. I arrived with an explosion of glorious light into a room with insubstantial walls. 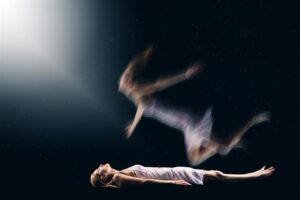 I was standing before a man in about his thirties, about six feet tall, reddish brown shoulder length hair and an incredibly neat short beard and moustache. He wore a simple white robe. Light seemed to emanate from him. I felt he had great age and wisdom. He welcomed me with great love, tranquillity, peace (indescribable), no words. I felt as if ‘I could sit at your feet forever, and be content’. This struck me as a strange thing to think, say or feel. The fabric of his robe fascinated me. I tried to figure out how light could be woven!’

RELATED: How a near-death experience could change the way you live

What is a ‘Near Death Experience’?

‘Near Death Experiences’ (NDEs) appear to offer objective insights into life after death. The media interest reflects a widespread belief that they constitute scientific evidence for an afterlife. In films such as Flatliners, recent Telegraph articles and the Journal of Near Death Studies, a question is being asked: ‘Could NDEs be glimpses of heaven?’Dr Peter Fenwick, consultant neuropsychiatrist at the Maudsley Hospital, presides over the International Association for Near-Death Studies. In response to a 1987 QED documentary, he collated a database of over 300 NDE accounts. Common features include:

How common are NDEs?

The first prospective NDE study recently made headlines: six percent of cardiac arrest survivors on a coronary unit described a classical NDE and three percent more had experienced some of the above features.[2] Unfortunately, none were able to identify objects placed above eye level so as to confirm a literal out of body experience! In retrospective studies, up to 33% had had an NDE.[3,4,5] Statistically, we have all looked after such patients.

For the rest of the story visit: Christian Medical Fellowship