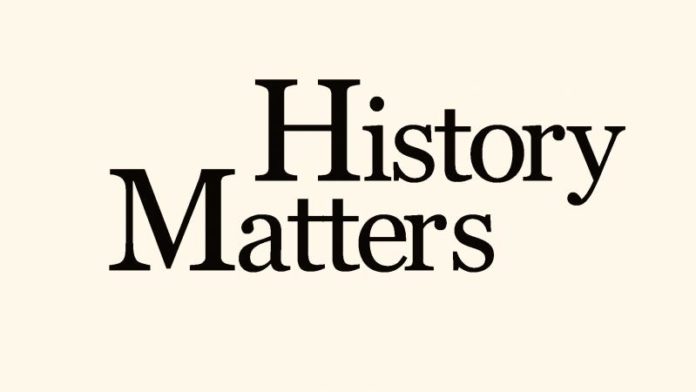 Illinois politicians want the state board of education to get rid of history classes until the curriculum can be made less racist. The local NBC affiliate reports:

Leaders in education, politics and other areas gathered in suburban Evanston Sunday to ask that the Illinois State Board of Education change the history curriculum at schools statewide, and temporarily halt instruction until an alternative is decided upon….

Before the event Sunday, Rep. Ford’s office distributed a news release “Rep. Ford Today in Evanston to Call for the Abolishment of History Classes in Illinois Schools,” in which Ford asked the ISBOE and school districts to immediately remove history curriculum and books that “unfairly communicate” history “until a suitable alternative is developed.”

There are both good ideas and bad ideas here.

First of all, it’s unclear in what way exactly history as taught in Illinois—as critics put it—”overlook[s] the contributions of women and minorities”

In practice, history as taught in most schools overlooks the good deeds of a wide variety of good people—not just ones who are women or members of certain ethnic groups. The usual history curriculum focuses overwhelmingly on politicians, military personnel and other government employees, who are supposedly the people who make the most important contributions, and allegedly make life livable for the rest of us. The private sector is generally ignored, including all the entrepreneurs, workers, business owners and managers who actually did the hard work of improving the lives and standards of living of countless human beings. Whenever business owners are mentioned, its usually as some sort of evil “robber baron” or similar caricature. If workers are mentioned, it is only nonspecific workers in a Marxian context.

So, given that the general focus in history courses is on “great men”—most of whom are actually despicable, craven politicians like LBJ or FDR or Woodrow Wilson—then yes, I’m sure women and nonwhites get little mention. There’s a bias in whose contributions are mentioned, all right. But that bias tends to be in favor of the government class, regardless of race and gender.

But if the answer is to abolish history class, then I am all for it.

Ever since its conception, history class in public school has never been anything other than lessons in government-approved historical narratives designed to push a certain ideology. As historian Ralph Raico has noted, people’s ideological beliefs are largely determined “by what they think they know about history.” So as long as people think Americans invented slavery, or that capitalism means children must work until they get black lung disease in coal mines, then people will select their ideologies accordingly. What is taught in history will naturally shape a student’s worldview.

That said, there is no “correct” unbiased narrative, of course. All history is written by specific human beings with their own experiences, judgments, and biases. Each historian must make decisions as to which information is important and which is not. Some historical events are mentioned, and other are not. This alone determines what people will learn and conclude about human history. As Ludwig von Mises noted:

Now, a real reproduction of the past would require a duplication not humanly possible. History is not an intellectual reproduction, but a condensed representation of the past in conceptual terms. The historian does not simply let the events speak for themselves. He arranges them from the aspect of the ideas underlying the formation of the general notions he uses in their presentation. He does not report facts as they happened, but only relevant facts.

Historians don’t just recreate history. They make judgments about what historical narratives are told. The result is a narrative that is influenced by ideology and the historian’s context.

Thus, it would be madness to leave it up to public school bureaucrats to determine which history ought to be taught and to cede to government employees the power to teach to children—for twelve or thirteen years, no less—the “correct” historical narrative.

Early proponents of public schooling were well aware of this, and they made sure history was taught in ways that backed up their own prejudices. In the early years of public schools, in the late nineteenth century, “history” class was designed to communicate anti-Catholic pro-government propaganda as approved by the progressive New England intelligentsia.

By midcentury—helped along by outright pro-government rituals like the socialist-authored Pledge of Allegiance—history class became a hotbed of center-left ideological studies designed to into inculcate American children the idea that men like Theodore Roosevelt and Franklin Roosevelt were saintly harbingers of the American “progress” made possible by a strong US state. Also, central to the curriculum was the idea that all wars waged by the American state were virtuous crusades that made the world a better place.

Things have only gotten worse since then.

As a solution, Rep. Ford wants to get rid of the history class. I say have at it. Let’s just make sure history class is abolished permanently, and not temporarily, as Ford wants. Ford believes a “suitable alternative” can be developed, but I most certainly don’t want anyone learning whatever version of history meets Ford’s requirements.

I know that some old-fashioned readers will think it’s still a good idea to teach children history in public school. These people are still in the thrall of the never true notion that there’s some sort of “objective” history out there that everyone can agree on. This notion is wrong of course, and because of this, we’d all be better off if public school history class were replaced by reruns of old Saturday morning cartoons. That would be better than the twelve years of anti-capitalist propaganda students are getting now. Moreover, students could concentrate on more ideologically neutral topics like math and reading, and leave the teaching of history up to parents. In truth, though, given that public schooling is for most people little more than government daycare, most parents wouldn’t even notice if history class were abolished forever. (Source: Mises Institute) 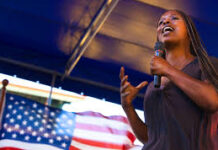