Its not only starting to get cold outside, but its been a very cold and damp year for WSMV and their ratings. First it was an age discrimination lawsuit from beloved Nashville anchor Demetria Kalodimos and three former WSMV journalists have sued the station for alleged age discrimination. Now their facing the cold chilling wrath from Snowbird himself or herslef, not sure if Snowbird is a he or she.

Please Vote in the Survey: Do You think Snowbird will win his lawsuit against WSMV Channel 4? 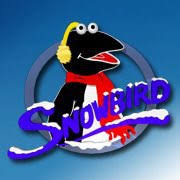 The Tennessean reports that Steven Good, who performed as the station’s Snowbird mascot for 20 years before being fired last year, filed suit last week in federal court. According to the suit, Good is seeking $250,000 and a jury trial.

In Good’s suit, he claimed he stood up for “an older on-air personality whom [he] believed suffered an adverse employment action as a result of age discrimination.”

Good said his boss at Channel 4 found out about his advocacy for the co-worker last year, and shortly thereafter, Good was laid off.