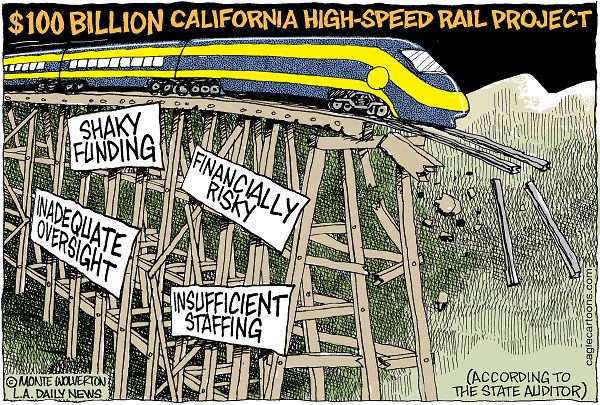 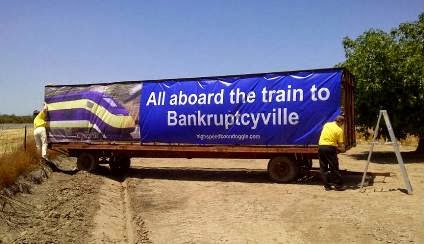 “Let’s be real,” Newsom said in his first State of the State address on Tuesday. “The current project, as planned, would cost too much and respectfully take too long. There’s been too little oversight and not enough transparency.”

Newsom, though, said he wants to finish construction already underway on a segment of the high-speed train through the Central Valley. The project would connect a 119-mile stretch from Merced to Bakersfield.

“I know that some critics are going to say, ‘Well, that’s a train to nowhere.’ But I think that’s wrong and I think that’s offensive,” Newsom said. “It’s about economic transformation. It’s about unlocking the enormous potential of the Valley.”

He’s also replacing former Gov. Jerry Brown’s head of the state board that oversees the project and pledged more accountability for contractors that run over on costs. 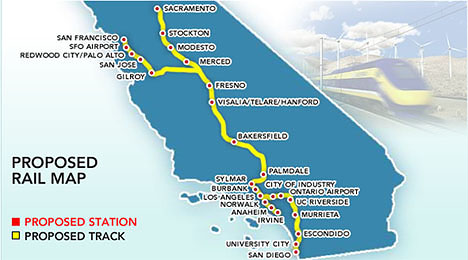 Biden Raises $48 Million in 48 Hours After Picking Harris as...

Chicago Mayor Defends Ban on Protesters in Her Neighborhood Citing a...